Age of Sorcery — Chapter 2 is Here!

The next chapter in the Age of Sorcery brings Headhunting, new encounters, and much more!

Age of Sorcery — Chapter 2 has arrived, bringing new features, a new Battle Pass with new Bazaar items, Twitch Drops, and a story recap. There’s a lot to dig into, but first, take a look at the brand-new launch trailer!

The world of Conan Exiles gets ever more dangerous and filled with new adventures. With the rise of sorcery, new arrivals to the Exiled Lands have taken notice, and are searching for anyone mad enough to hunt these sorcerers. Find their camps strewn across the world and accept their bounties.

Hunt across the land for sorcerer NPCs and bring them back dead or alive. A skull is fine, but living flesh will grant a larger reward. Get valuable resources, armor pieces, and more.

As you explore the world, watch out for the new Witch Hunt Encounter, which comes in one of four flavors of evil sorcerer to defeat. Succeed in bringing one of these bosses down for a huge reward. 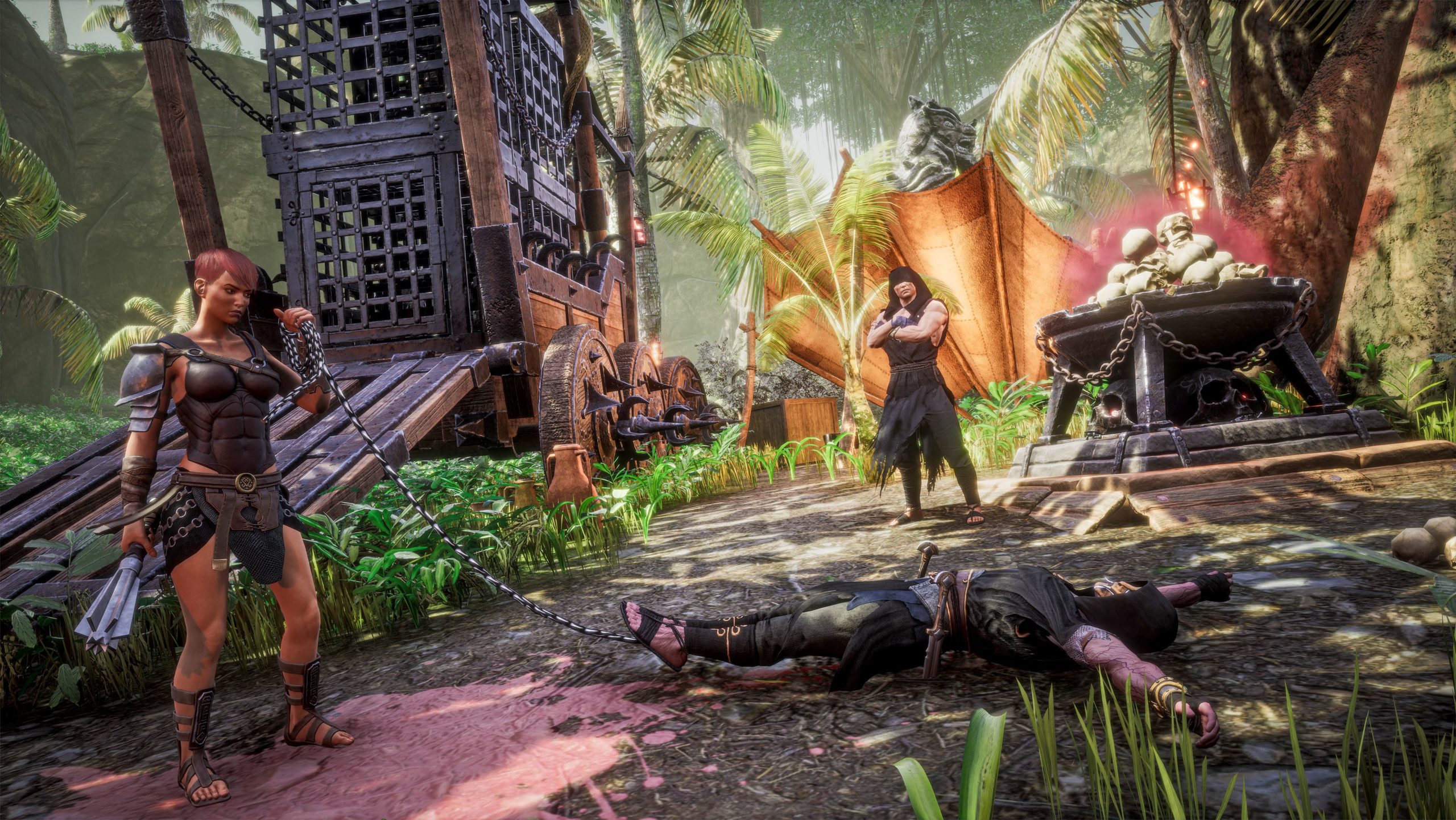 Explore a range of new cosmetics in the Battle Pass and Bazaar, including the new Stormglass building pieces, new armors, weapons, decorations, pets, and more! New challenges tied to Headhunting and the Witch Hunt encounter have also been added.

From today until January 3rd, 2pm UTC, you can watch Conan Exiles streams on Twitch to earn free and exclusive rewards. All you need to do is link your Twitch account to Conan Exiles, which you can do through a handy button in the in-game menu. 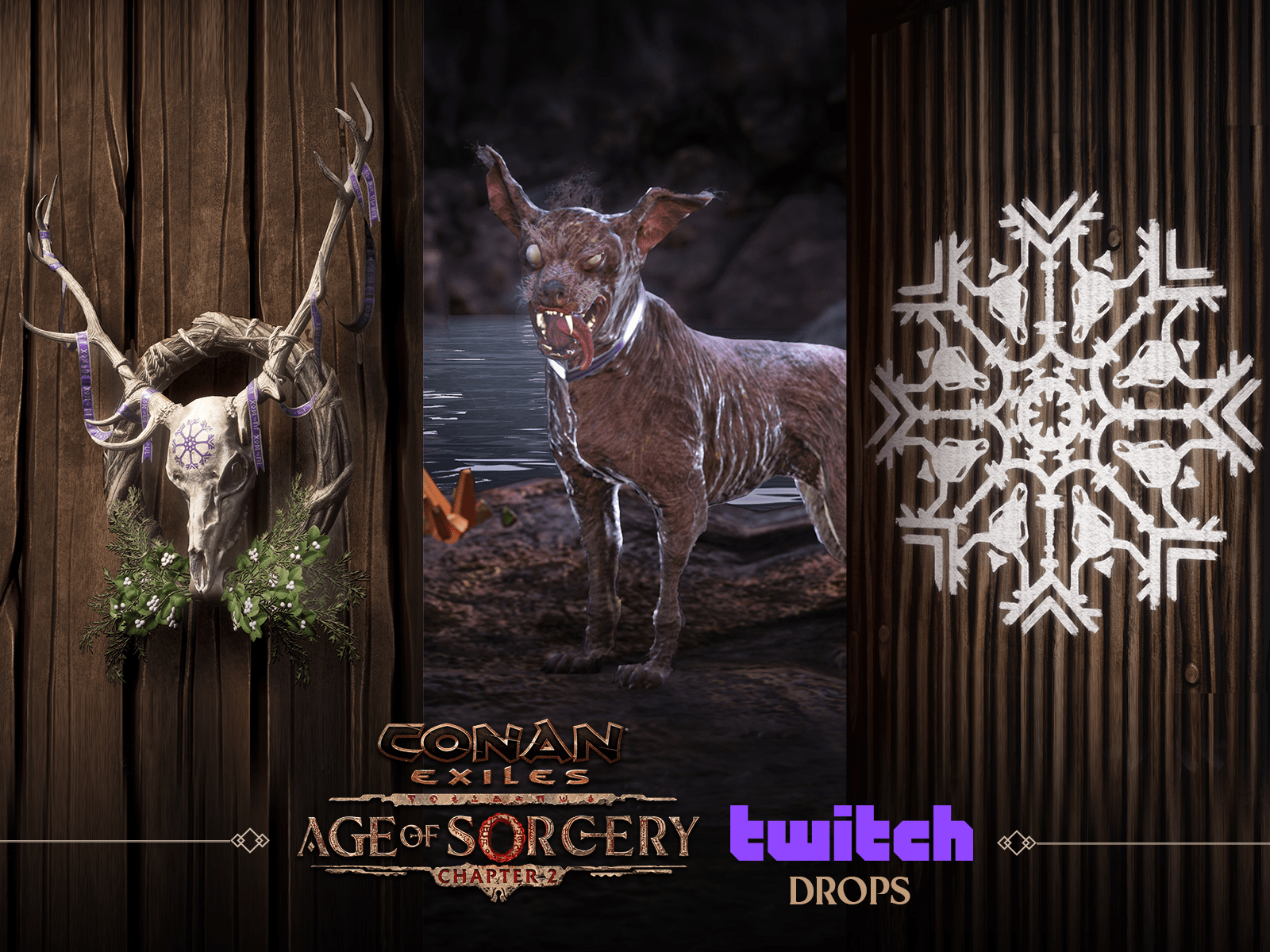 The Story So Far

Discover the context of some of the events through each page in the Battle Pass. Dive into the video and relive the Chapter 1 story before continuing Chapter 2.

We’ve summed up the biggest news here, but please jump over to the patch notes for a full rundown of the new additions, fixes, and improvements.

Thank you for all you do in Conan Exiles. We cheer with every bashed head, sacrificed thrall, and base constructed. The team is incredibly excited with today’s content and everything we have in store, so grab your weapon and go take some sorcerer skulls. And if you are a sorcerer yourself, well, less competition doesn’t hurt.