A mere two months remain before the Early Access launch of Conan Exiles. Can you feel the excitement? We certainly can.

Today we begin ramping up our releases of Conan Exiles related media. This week we have several new in-game screenshots to show you, news about localization and an update on the current state of the game. Expect even more announcements and revelations in the coming months.

After the first pre-alpha gameplay trailer in June we received a lot of feedback from the community about the game’s graphics. Some of you liked how it looked, others didn’t. Several people asked if, and how, the look of the game would improve during development.

There have been significant changes to Conan Exiles in the past few months. Graphical fidelity and art direction has been updated, points of interest have been added to the environment, and the game world feels much more vibrant now. 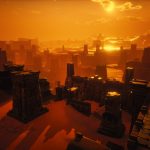 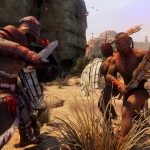 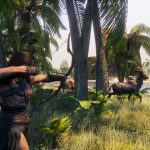 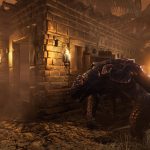 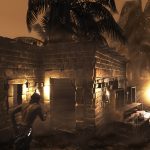 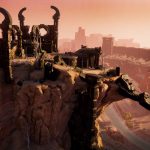 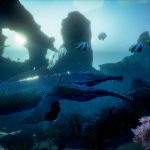 You’ve already seen some of those changes in the creature screenshots we’ve shared on social media, but we want to show you more of the Exiled Lands and its creatures. We hope to offer a more complete look at the game and truly hope you like what you see.

In June we announced we were working with NVIDIA to bring cutting edge graphics to Conan Exiles. NVIDIA’s Ansel technology allows us to enable a free-floating, in-game camera that lets us to take some really awesome screenshots. We can even add filters and cool effects after the fact.

Ansel has been used to take some great pictures in The Witcher III, ARK: Survival Evolved, Mirror’s Edge and The Witness. Now we’re bringing it to Conan Exiles and using it to capture incredible, 360 degree images that place you right in the middle of the game. They can even be viewed in VR!

Another thing the community has asked for is localization. Everyone wants to play Conan Exiles in their chosen language and we are doing our best to accommodate as many nationalities as possible. Today we’re proud to announce that Conan Exiles will be available in 11 languages: English, French, German, Japanese, Korean, Polish, Brazilian Portuguese, Russian, Spanish, Traditional Chinese and Simplified Chinese.

Where the project now stands

Conan Exiles is still on track for its January 2017 Early Access release. In addition to updating the game’s look and feel we’ve added more creatures, tools and items, and lore to the game in the past few months. Furnaces, tanning benches and other crafting machines have been implemented to expand the crafting opportunities for players. There’s been significant changes to combat, which now feels more responsive and impactful. We’ve also mo-capped and redone some of the character animation because we felt it wasn’t up to snuff in its original state.

The much fabled thrall system has recently been implemented and is working as intended. This is one of the things that truly sets us apart from other games in the same genre, and we’re very excited to see everyone’s reactions. There are still a few tricks left up our sleeves you’ve yet to see.

You will be seeing plenty more of the game in the next two months as we release new screenshots, gameplay videos and some big announcements. There will also be weekly community streams and online Q&As.

Your cross awaits,
The dev. team