The map is being increased by around 70%, there are hundreds of new items, two new dungeons, tons of new monsters, two new NPC tribes, an all new temperature system, two new types of building pieces, cooking and brewing and much more! You can read more about The Frozen North here.

The Frozen North marks the start of Early Access phase two for Conan Exiles. The update includes many enhancements, such as improved combat, improved AI for human NPCs, improved loot, reduced building cost and new official server settings, so now is a great time to play Conan Exiles again, with tons of new content and a host of improvements! You can read more about these improvements here.

We hope you will join us in this phase two of Conan Exiles in Early Access, as we continue working towards full launch in the first quarter of 2018.

You should know that with the launch of The Frozen North we have done a full wipe of all official servers, so everyone starts from scratch. With the big changes and all the new content we have introduced to the game, we felt this was a good opportunity to let everyone get a fresh start, as this is something many in our community have been asking for.

It can be tough to survive in the Exiles Lands, so below you can get some helpful hints, for both the desert and The Frozen North. 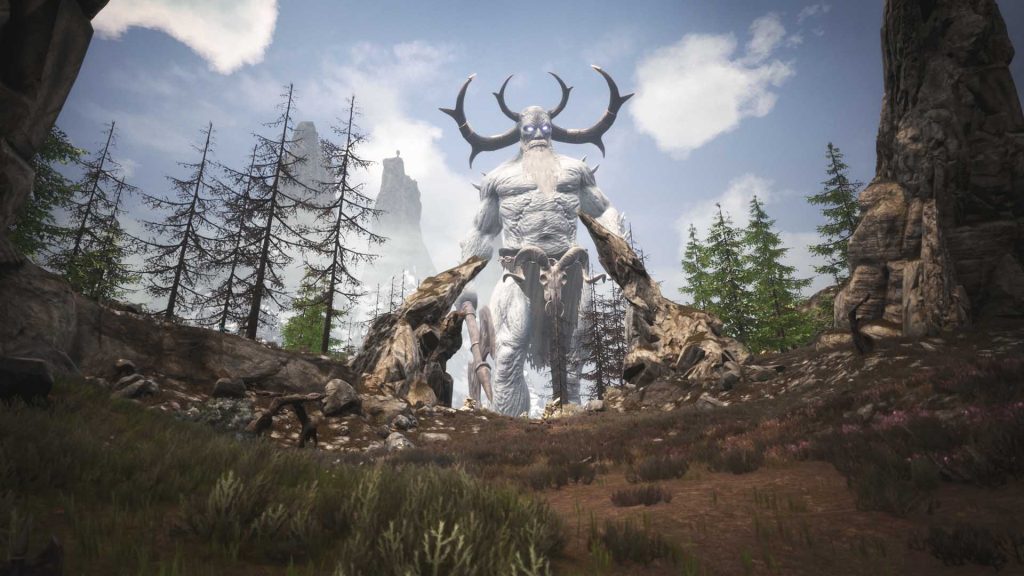 How to survive in the brutal world of Conan Exiles

Conan Exiles is open-world survival game set in the brutal lands of Conan the Barbarian! You are an exile, outcast and downtrodden, sentenced to walk in a barbaric wasteland where the weak are crushed and only the strong can live. Here you must fight to survive, build, and dominate the world alone on your own server, or with enemies and allies in online multiplayer.

You start the game in the desert and the first thing that will hit you is the overwhelming heat. Very near your starting location you will find a half filled waterskin, which will help you against dehydration until you can find a permanent source of water.

To get out of the barren desert you should head along the road leading north. Soon you will come to a lush river valley, where you can find food and water. But you should beware, the area is also filled with dangerous creatures, such as imps, shalebacks and deadly crocodiles.

Pick up rocks, branches and plant fiber from the ground to craft your first tools and clothes. These first clothes will grant you some protection against the heat, and so will a shelter built from wood and stone.

Your first house can also protect you from the wildlife and other exiles. It is a good place to store your gear and most importantly place a bedroll or bed. You can set a bed to be your spawnpoint, which means that when you die this is where you will respawn.

You can fight with fists and tools, but before you go hunting for enemies you should make your first weapons. As you fight, gather, build and craft you will gain experience points and level up. Spend points on abilities which improve your stats and on feats which teach you new recipes.

When you have gotten the hang of surviving in the river valley, have a secure base and are able to defend yourself you can head north across the river. Here you will find stronger opponents but also more rare and powerful resources.

The Exiled Lands are filled with dangerous creatures and powerful groups of NPCs, such as the Darfari cannibals, the Black Hand pirates and many more. You can knock down human NPCs, drag them back to your camp and put them on your wheel of pain to turn them into your thralls. These thralls can help you craft, entertain you or guard your camp as warriors and archers.

Following a religion can give you many advantages. Each religion requires different offerings but also grants different bonuses. At their highest level all religions allow you to either summon a huge avatar or to create a defense against one. These are mammoth tasks though, and are often best suited for a group of players in a clan.

When you have reached mid to high level, around level thirty, you should be able to survive in The Frozen North. To explore these vast new lands head even further north and make your way through the mountains. On the other side you will find green fields, thick forests, mist filled valleys and snow covered mountains.

Quite quickly you will start to feel the cold, and it to protect yourself against it you will need to make fur armor and the new types of insulated houses available with The Frozen North. Food and drink can also protect you against heat and cold, as well as give other bonuses, so brewing and cooking can be very useful.

In the north you can craft armor from the metal found in falling meteors, and take on extreme challenges in the Temple of Frost and Black Keep dungeons, but if you play on a PvP server your most deadly enemies can be other players.

Be sure to build strong defenses and form clans with your friends for the best protection. Conan Exiles is a brutal world where only the strong survive and the weak are butchered like sheep. 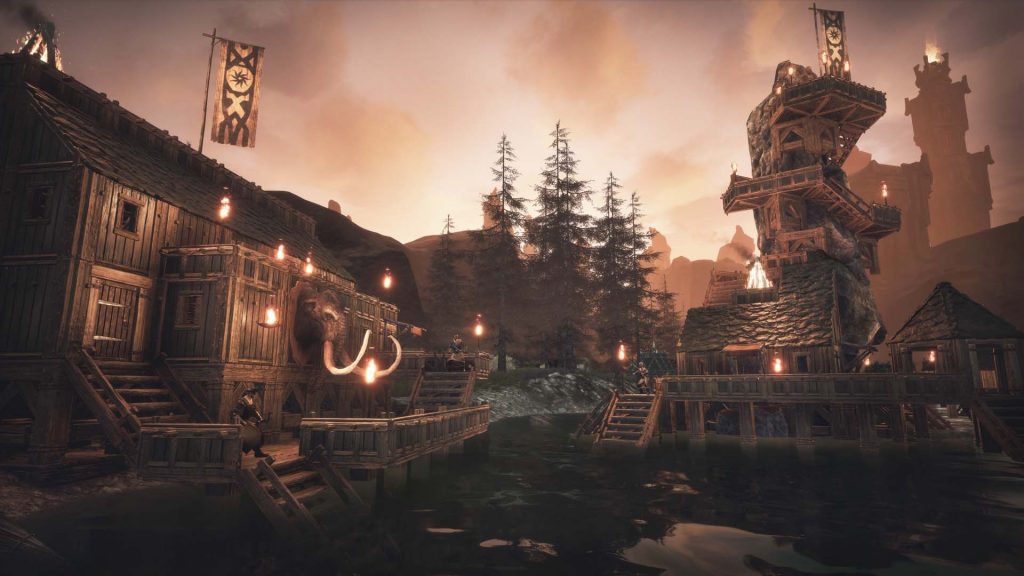