The Age of Sorcery Comes to Conan Exiles

Sorcery is coming in a huge update, along with building and attribute revamps, new features, and more!

Today we’re incredibly excited to announce the Age of Sorcery, the biggest free update to Conan Exiles since launch and a fundamental change to how we introduce new content to the game.

Put your feet up, grab a drink, and feast your eyes on our introduction to all the major changes coming with Age of Sorcery. Between now and the update, we’ll post several in-depth articles detailing these.

With Age of Sorcery, Conan Exiles fulfils the Sword & Sorcery promise that lies at the heart of Conan the Barbarian, and thrusts a choice into the hands of every Exile: What manner of power do you choose, and how far will you go to secure it? 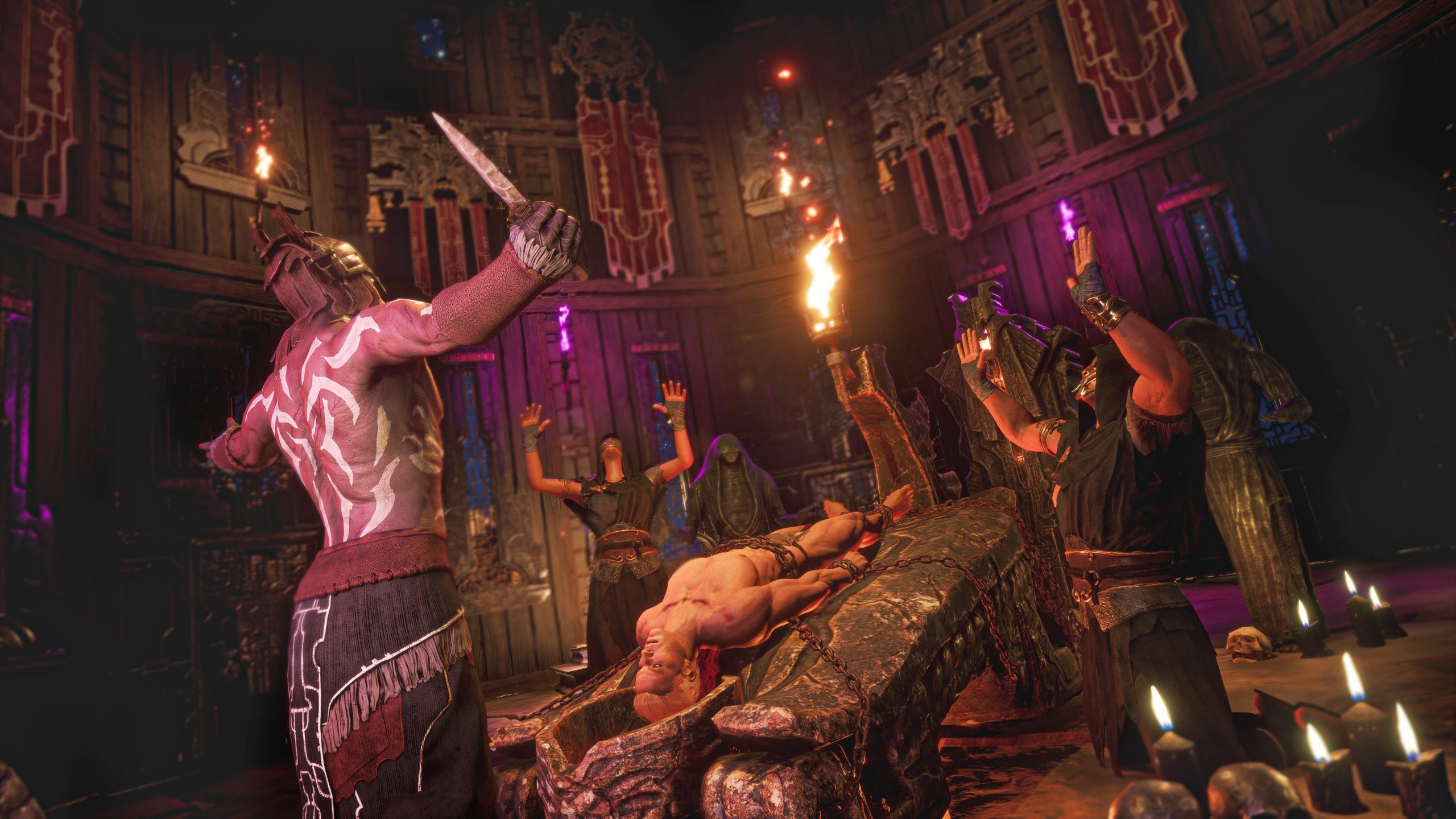 On top of the free content, features, and improvements, the other major change coming is Seasons, which we’re calling Ages.

Each Age will have its own theme, free content, and Battle Passes. This is a complete rethinking of how Conan Exiles will continue to expand – with more evenly paced content drops and an easy way for any of you to support the game’s growth and receive exclusive themed cosmetics.

Challenges are a new set of rotating tasks that you can complete to advance in the Battle Pass to earn new rewards. They range from a variety of objectives that often involve events, another new kind of encounter that make the Exiled Lands and Isle of Siptah more alive and dangerous than ever.

Alongside the Battle Passes, we’re also releasing the Bazaar, an item store that makes paid DLC content easier to access and browse. With the Bazaar, we want to give each of you more granular choice in what you want to buy. Keep in mind that nothing is changing in terms of the type of things you can buy; nothing relating to player power can be found in the Bazaar. Now, on to Sorcery! Hyah!

It’s really happening! Sorcery will arrive in the Exiled Lands. Evil forces swell in the dark corners and deep places of the world. All it needs is a hand to grasp it.

In Age of Sorcery, you will be given the choice to sacrifice your life force in return for corrupting sorceries that take a whole range of forms. It’s an entire system that can be built upon for Ages to come. 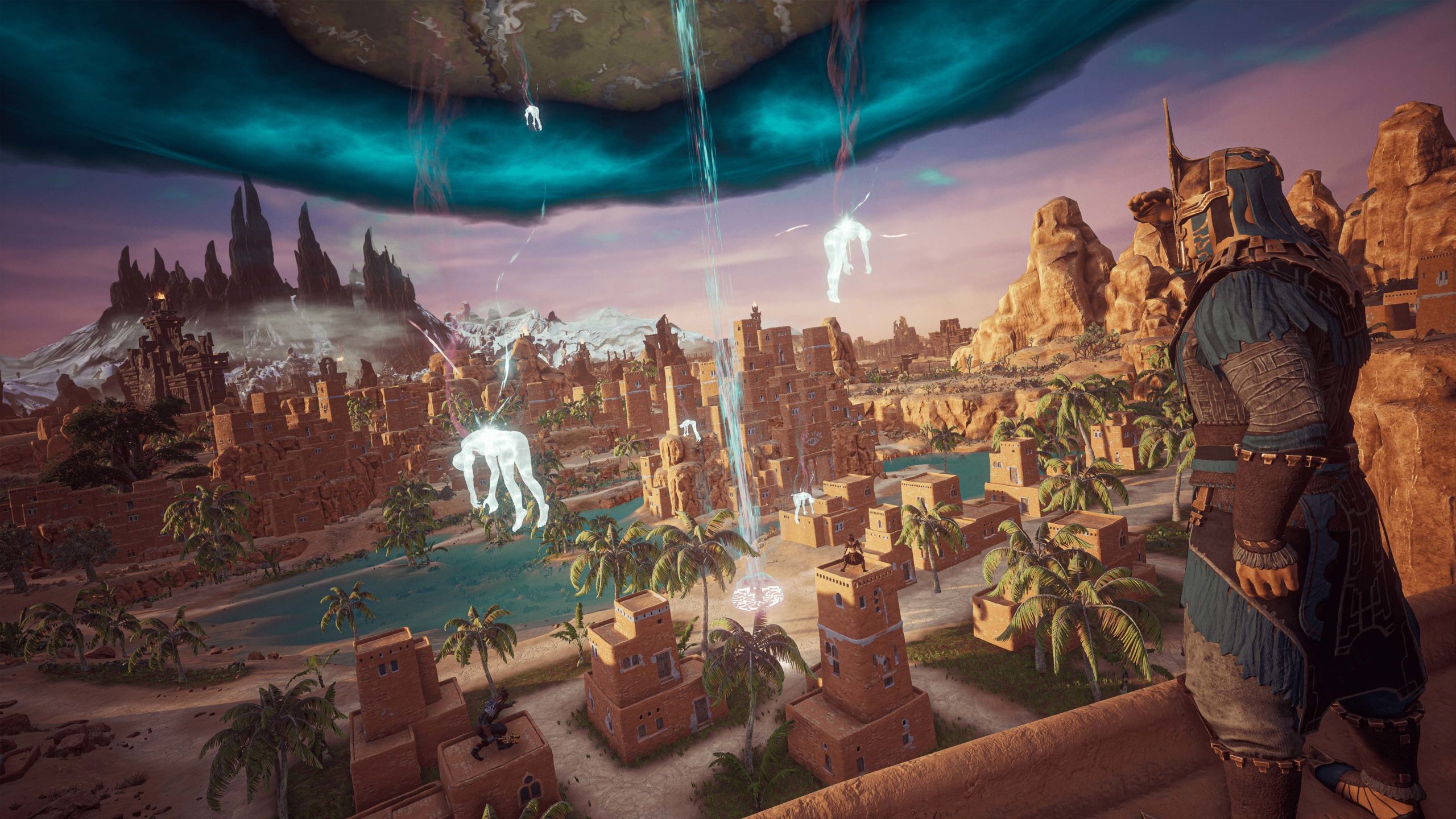 Keep in mind that this is a dark, creeping kind of magic, requiring both preparation and a pinch of madness. You will not be slinging fireballs or magic missiles. You will, on the other hand, raise new demonic allies, conjure darkness, call down storms, and much more.

Even if you remain a true sorcery-loathing barbarian down to your bones, you will have new powers to choose between, thanks to our attributes overhaul. With Age of Sorcery, you will be able to specialize your character by choosing between two powerful perks at every other attribute milestone.

Those who choose the dark path of sorcery can infuse their strength, vitality, and charisma with corruption. If you put in enough points to reach a perk milestone, that perk will be replaced by a special sorcery perk. 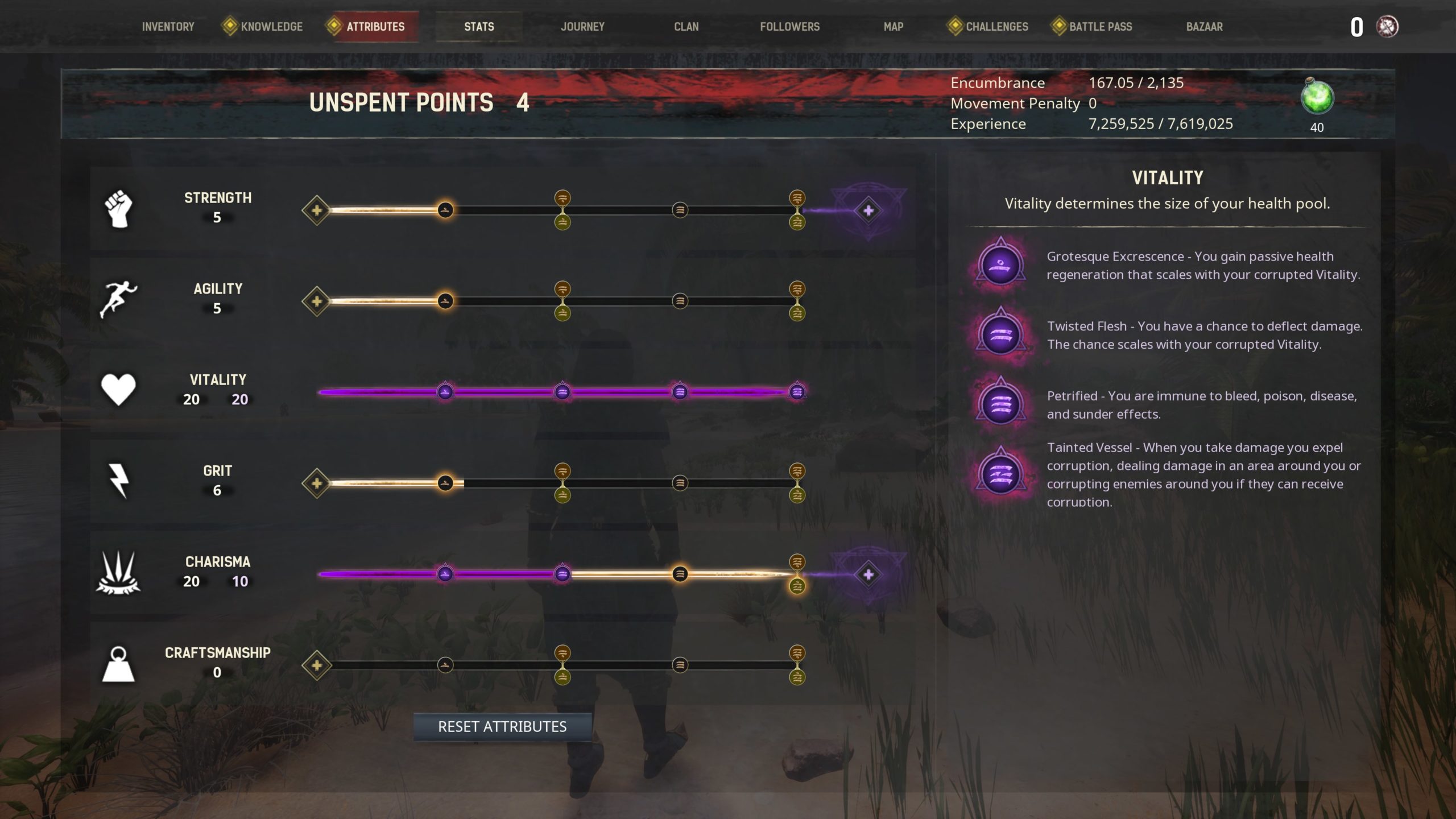 Overall, attributes are also receiving some changes in what they affect. We’ll have more on this in a future article.

We’ve gone big on building, too! With Age of Sorcery, building will receive its very own dedicated interface, making it easier than ever to build, both on keyboard and controller.

Most players spend a lot of time building all manner of incredible things, and it’s a tool we feel had a lot of untapped potential, so it was high on our list for things to improve. 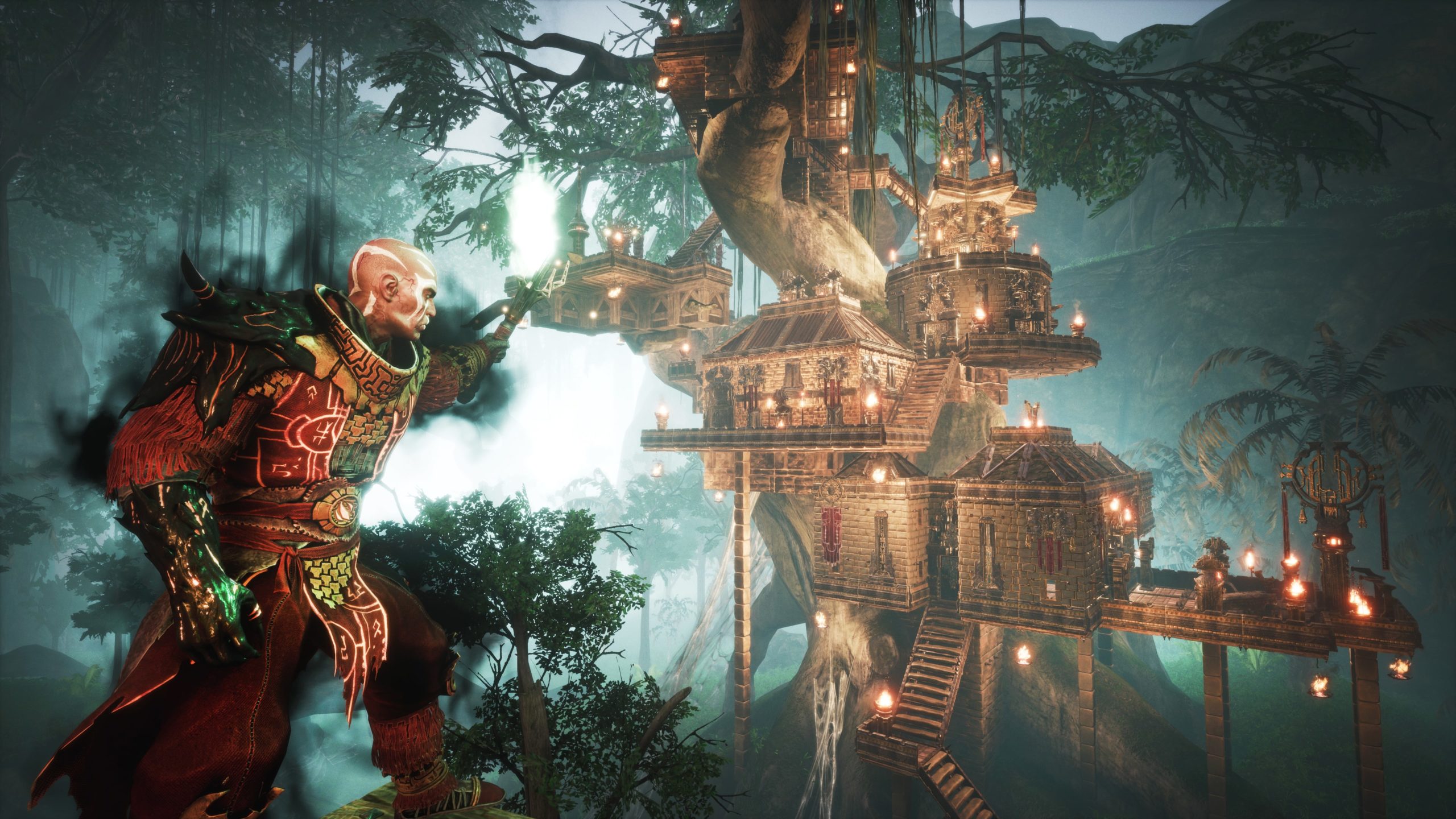 The only thing you’ll need on your shortcut bar is the construction hammer, as building pieces are placed immediately in the world through the building window without the need to craft them first. We can’t wait to get this tool into your hands to see what you’ll build.

We’re not stopping at the building revamp! We want all of you to build the way you want. Accessible directly from the game’s main menu, the new Creative Mode grants you unprecedented freedom to build without costs or restrictions. Soar through the world and raise cities like some glorious efficient construction god.

Followers will also see several changes. With the advent of sorcery, Exiles will be able to ensnare demons and undead as followers. “Isn’t that risky,” you ask? To that we answer, “Would that stop you?” 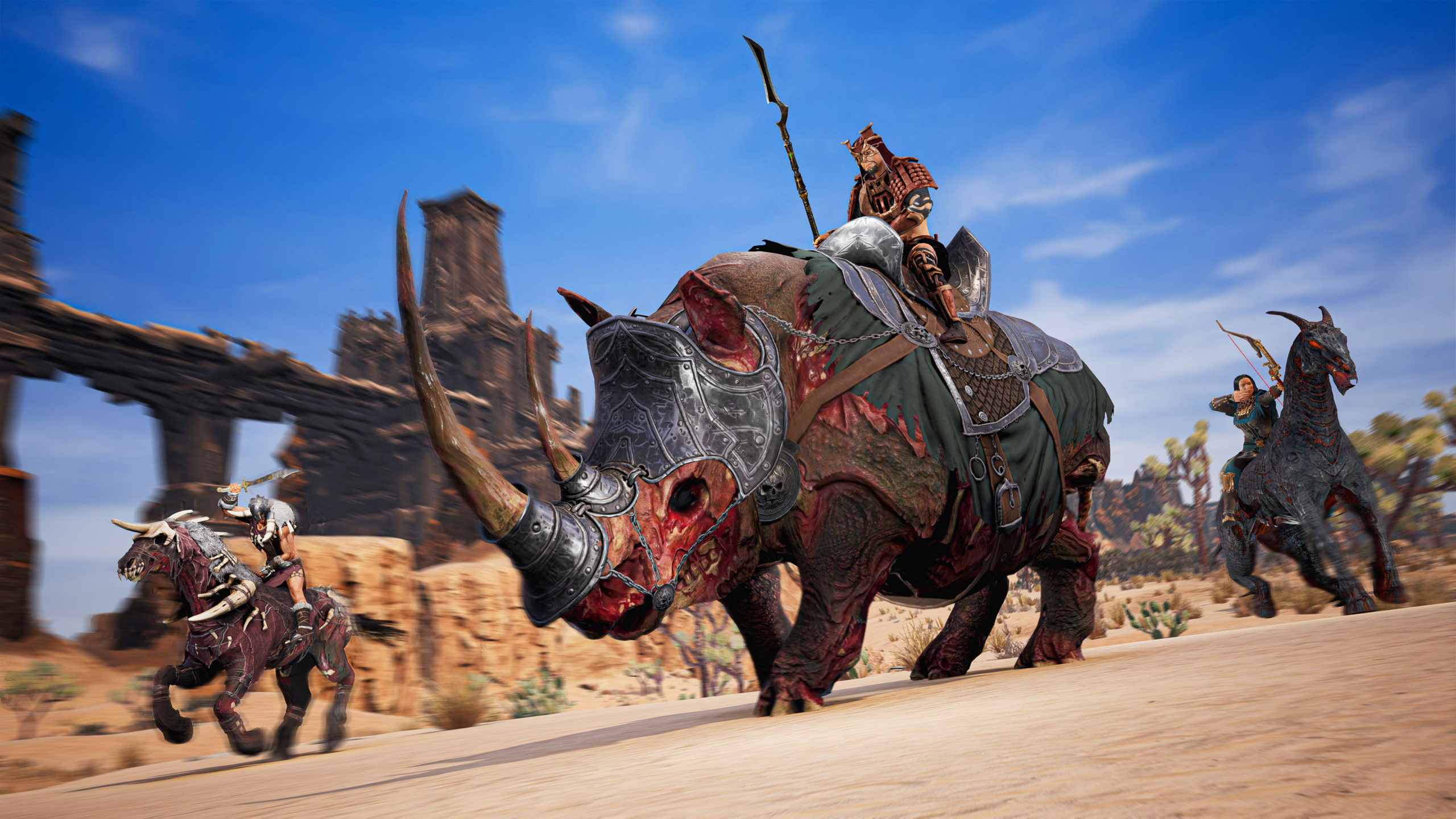 That’s it for now, but we have a lot more to cover before the update comes out. We’ll do that in a series of articles where we cover the major topics separately. The update is coming this year. Look out for a more accurate date down the line, and play the Testlive build when it becomes available soon.

We hope you’re as excited for the future of Conan Exiles as we are. This is a huge milestone for the game, and the first of many more.