Announcement about the new Isle of Siptah NPC camps coming in 2.3

Greetings, Exiles of the Siptah lands!

With update 2.3, we are taking your feedback to heart and we are revamping the core Isle of Siptah experience. One of the main requests from early adopters has been that one of the key omissions was the sense of immersion and world-building NPC camps and settlements brought to the Exiled Lands. As a result, with 2.3 we are adding dozens of new camps controlled by three new factions across the current Isle of Siptah map, with new activities, NPCs, lore entries and rewards.

However, this means that there is a chance that these new camps, geometry modifications and points of interest will interfere with player buildings put in place before the release of 2.3. We debated internally the benefits of these new additions against any negative impact they could have to previously built structures. Ultimately, we believe that the new locations bring a whole new level of immersion and overall value to the Isle of Siptah.

Let’s break down these new changes, how they could impact you and what solutions we have been working on to mitigate any potential negative impact these new additions might have on existing buildings, both on official and private servers.

Coming with Update 2.3 are a total of 40 camps and locations. These new points of interest come with restrictions to building, just like any previous camps in Siptah or the Exiled Lands. These restrictions apply directly within the confines of these camps, and also a short distance around them. This is to prevent player land claim to affect the access to these locations, as well as the spawn locations of new NPCs.

To help you know exactly if any of your buildings are affected by these new additions, we have created a map showing the areas that will be changed, as accurately as possible. You can check this map below. 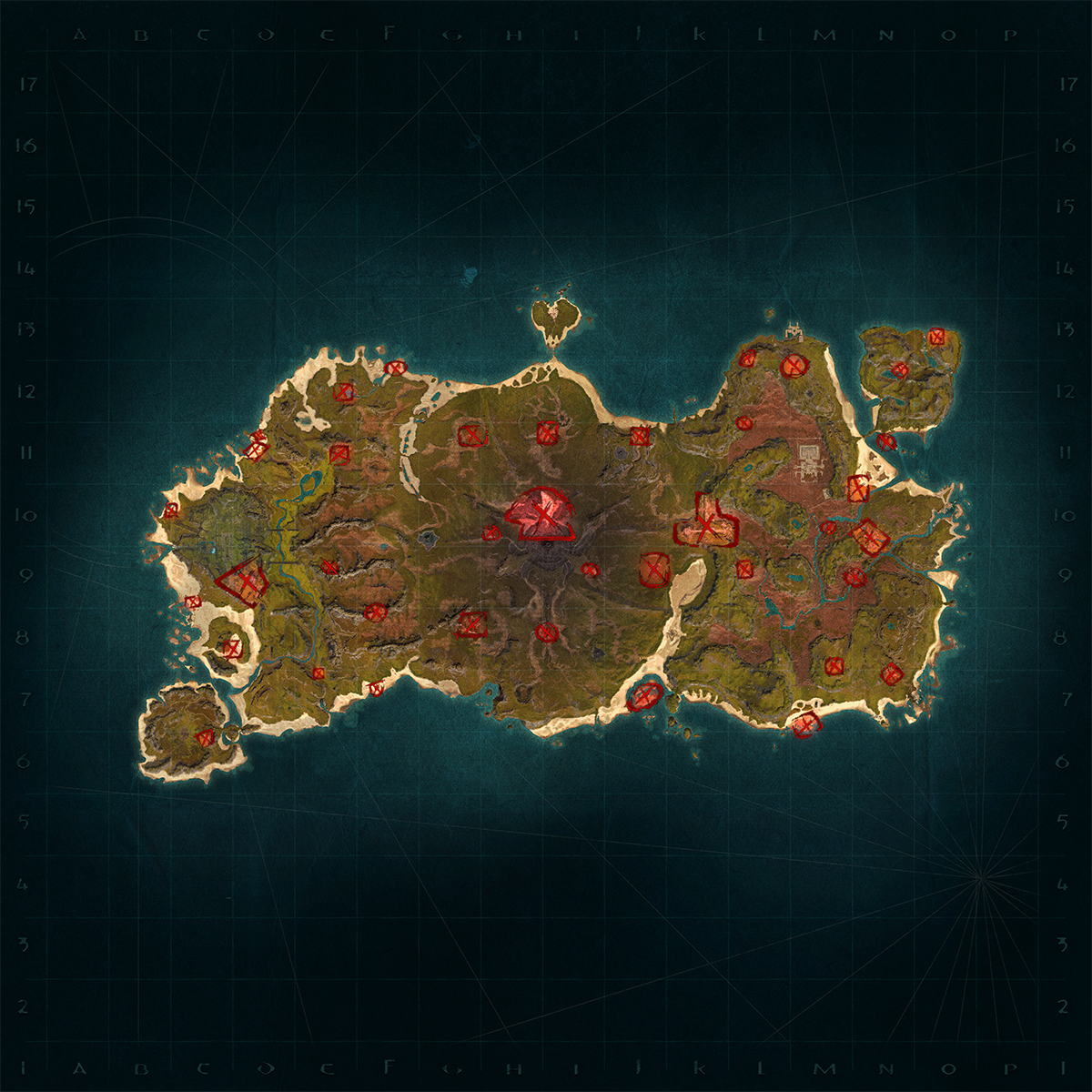 Any player building pieces placed before the release of 2.3 and found within these new protected areas will be impacted once the update is released. This will be controlled by two new server settings we are introducing with this update: EnableBuildingDestructionCapsules and CampCleanupDestroyFullBuilding. These new settings will be fully customizable in private servers, where admins can choose when and how they will affect their server. For official servers, we will explain what will happen and how we plan to mitigate it in the last section of this post.

What will happen with any buildings located within the new protected areas will be controlled by two new server settings that will come with update 2.3:

EnableBuildingDestructionCapsules=True/False (by default set to False) will determine whether any player building piece or placeable found within the protected area of the new camps will be destroyed or not. When activated (set to True value), it will destroy any piece exactly inside or in direct contact with the protection volumes. This means that if any other pieces that were not destroyed, but were depending on the missing blocks for stability, will most likely crumb as well. This setting will check for qualifiable structures every 5 minutes and destroy them, as long as there is a player within visible range. If the value is set to default (False) no pieces will be destroyed and will remain in place as they were, possibly colliding with the new camp buildings and preventing NPCs to spawn. This will also mean that it will not be possible to keep adding pieces or placeables to that building if inside of the no build zone.

CampCleanupDestroyFullBuilding=True/False (also set to false by default) will determine if the destruction of the building pieces found within the new restricted areas will also extend to any other pieces connected to them. That is, it will destroy the entirety of the building, not only the pieces affected.

Private server admins will be free to use any of these new settings in a way that better suits their communities. For optimal gameplay moving forward, we recommend activating EnableBuildingDestructionCapsules at least during a server cycle to be able to get rid of any possible conflicting pieces that would be otherwise blocking possible activities within the new camps. If activated, we also recommend disabling the setting once any colliding pieces are cleared.

What we plan to do on official servers

In our Official Isle of Siptah servers, we are going to enable “EnableBuildingDesctructionCapsules”. This means that any building pieces on every Siptah Official server will be removed once update 2.3 releases. This can also mean that other pieces which depended on the ones destroyed will collapse due to lack of stability.

To help mitigate any negative effects these new changes could have on your buildings if you are playing in an Official Isle of Siptah server, we’ve released the detailed map with all the affected locations. Update 2.3 will release live in at least one week from now. This will give you some time to prepare for it and relocate your assets to a location that is not affected.

We acknowledge this solution will not prevent all losses of materials and resources that have been invested in any possibly affected buildings. For that effect, and starting today, all PC Official servers will be running a double resource gathering event.

We hope this way, we can make the relocation easier for those affected in Siptah. And if not affected by these changes, you can celebrate the upcoming release of what it is one of our most ambitious updates to date, which brings a slew of new content and features not only to the Isle of Siptah, but also to the Exiled lands!

This event will be active until one week after Update 2.3 has been released.

To see what else is coming with Update 2.3, you can visit the current Testlive patchnotes.