The world that Robert E Howard created for his eponymous hero, Conan the Barbarian, was not a standard fantasy realm where good gods and evil gods clash in everlasting battles.

That evil exists in Hyboria is beyond doubt; blasphemous elder creatures and arch-fiends with unfathomable motivations abound. It is the existence of good gods that is in doubt.

You choose to follow one of these gods in character creation. If you choose Mitra, Yog or Set you will start the game with the basic knowledge of an acolyte of their religion.

Mitra, chosen god of the Hyborians, purports to be a god of right and justice, but his zealous followers are consumed with expanding his religion at the detriment of all others. Mitra’s followers are given the ability to create sacred statues, clothing and weapons – including the sacred symbol of the Phoenix.

Set, the Old Serpent, glories in the ritual sacrifice of humans atop his bloody altars. Set’s followers are granted powers that align with their god, protection from poison and the ability to turn snakes into arrows.

Yog, the Lord of Empty Abodes, demands that his followers consume flesh that has been ritually purified. This means the flesh of other humans, and in return, Yog grants his followers blessed weapons and armor.

Crom watches the world from his mountain top, but does not answer prayers and will receive no worship. If you choose Crom as your god at the start of the game, you will not get the knowledge of an acolyte, so he is the god to choose if you do not wish to get involved in the religion system in Conan Exiles.

Gain the favor of the gods

The knowledge granted by following the three other gods will give you certain advantages. Right from the start you will be able to build an altar to your god, and from the altar you can craft your religious artefact and get access to some helpful recipes.

You gain favor for the three gods in different ways. When you kill other players or human NPCs you use your religious artefact on their dead bodies.

Use your Setite ritual knife to cut out the hearts of your enemies and bring them to his altar to gain Set’s favor. Gain Yog’s favor by using your cleaver to harvest unblemished human flesh and roasting it in a Yog pit. Purify the bodies of fallen enemies with your Mitraen Ankh and bring the lingering essence of their souls to an altar of Mitra to gain his favor. 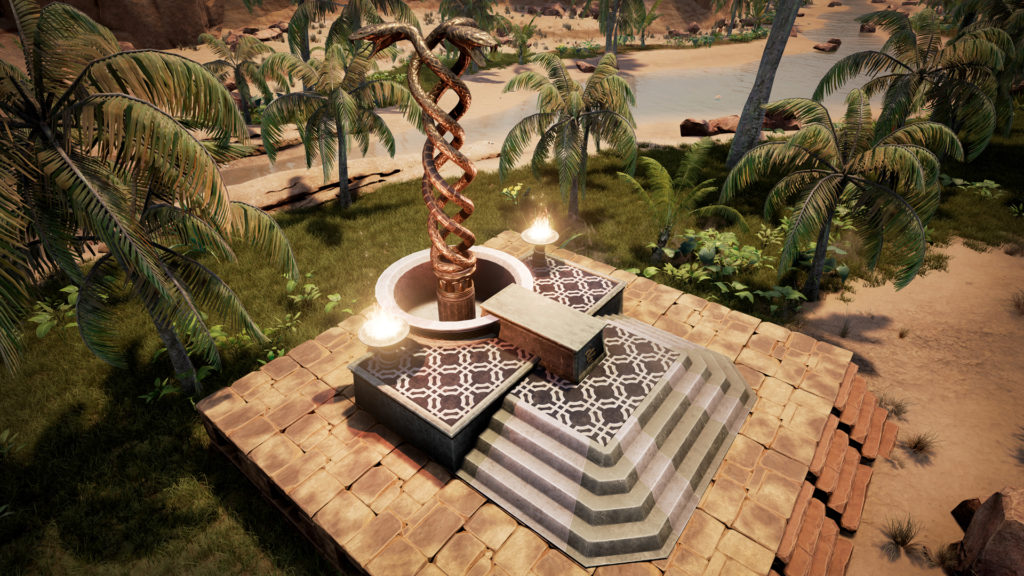 The altar of each god has three tiers, and you need to gather a lot of favor to upgrade them. You also need to have progress through the ranks of the clergy in order to gain access to the different tiers of altars.

Each tier unlocks additional recipes, such as strong religious weapons or particularly nourishing food. But getting to the highest tier or altars requires effort and you must have gained much favor with your god. It is therefore advisable to join up with other players and form a clan, so everyone can work together to gather favor.

It is also worth noting that not every member of a clan needs to have spent knowledge points learning the religious recipes. Because it can be enough to have just one player crafting the religious implements and items for everyone in the clan.

Players can also worship different gods within a clan and gather favor for more than one god if they wish. But the gods are jealous creatures and don’t allow their respective altars to be placed too close to each other, so you may need to plan on defending quite a large settlement if you wish to worship multiple gods.

The ultimate reward for worshipping the gods is being able to summon their avatars. These huge creatures are the physical embodiments of the gods that appear for a very brief period on the earth. The avatars are also the ultimate tool for crushing your enemies in Conan Exiles. Their incredibly powerful attacks smash anything in their path. No building, castle or wall can stand before them. You should note that there is a server setting to turn off avatars if you do not wish them to be part of your Conan Exiles experience.

When summoning the avatar itself you are vulnerable to enemy attacks and can easily be spotted, as a pillar of light appears around you. If you are killed during the quite lengthy summoning process your efforts will have been wasted, so be careful and have your friends close by for protection.

As the avatar, you tower over the landscape and your shift in perspective brings a new insight to your experience. Your foes are as insects and their works are insignificant, to be crushed underfoot or destroyed with a blast of powerful sorcery.

But do not be seduced by your newfound power for your vulnerable human body remains in the summoning circle and is marked by the pillar of light. If your body gets killed while you are controlling the avatar, it disappears immediately. Even if you remain unscathed you will only be able to control an avatar for a very short time, so it pays off to be prepared and choose your summoning spot wisely and as close to the enemy as you dare. 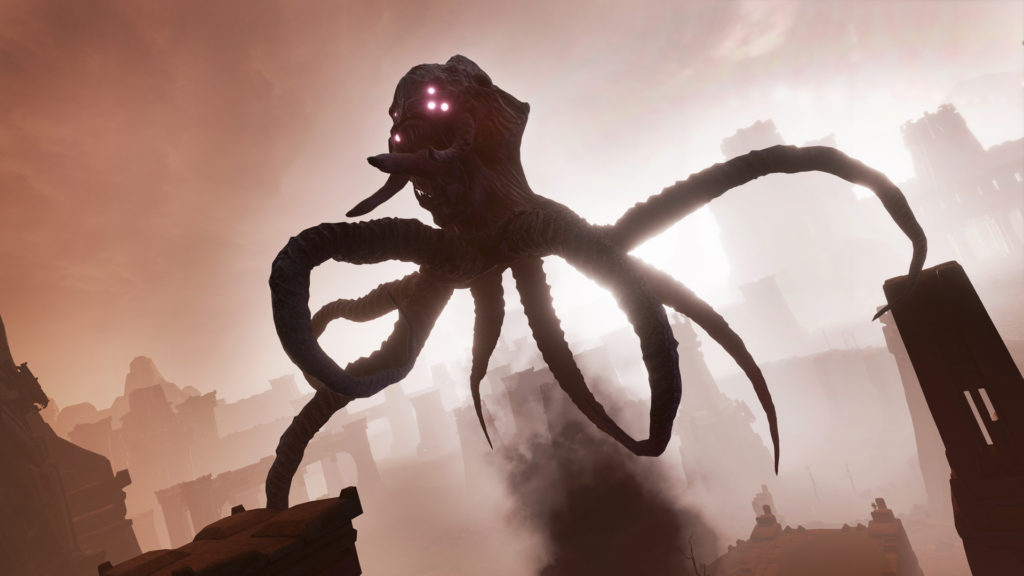