There’s less than a week left until the release of Conan Exiles! Our epic open-world survival sandbox launches into Early Access on PC next week on January 31st. The game launches at 6am in the morning, central European time, so get that coffee ready! This means that players on the American West Coast will get to jump into the Exiled Lands at 9pm on January 30th.

To kick off the countdown for the final week we’re premiering the Official Cinematic Trailer for the game, produced by the talented artists at Bläck Studios in Sweden. The trailer sets the tone for the savage and barbaric open world where players will survive, build, and dominate.

We’re also excited to announce Conan Exiles – Barbarian Edition! This special edition of the game is the ultimate introduction to the world of Conan the Barbarian and includes items such as:

“One of the really great things about working with Conan the Barbarian is that there is this huge pop cultural universe surrounding him,” says Funcom CEO Rui Casais. “Being able to team up with Dark Horse Comics, Modiphius, and other Conan creators has allowed us to build a special edition that speaks to both fans and those discovering Conan for the first time.” 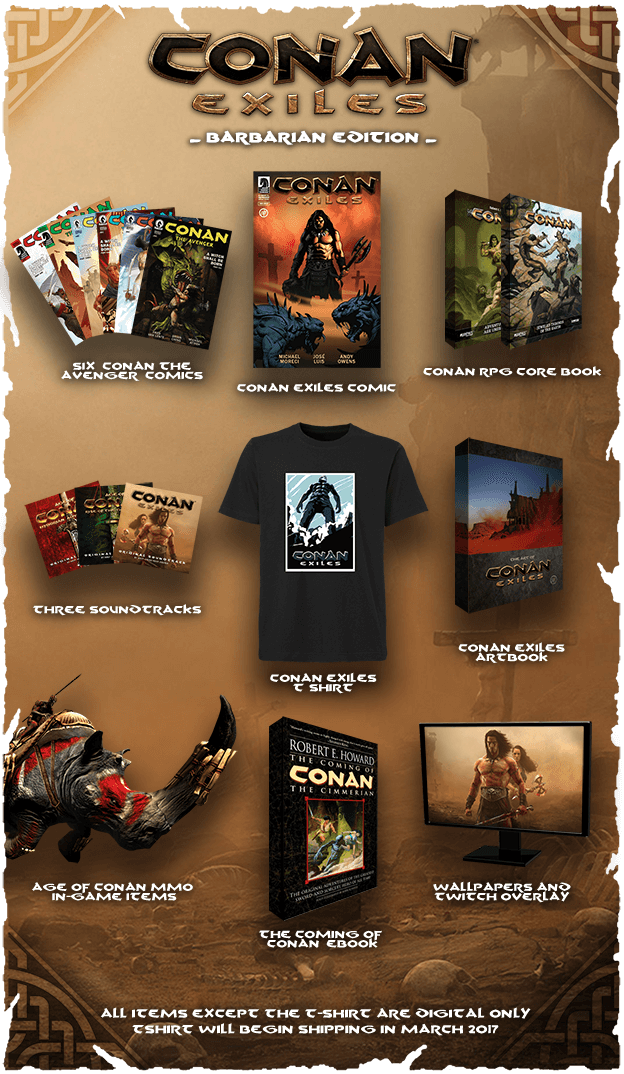