One of the many questions our community returns to is on the subject of servers. Today we are very happy to announce that Funcom has partnered with Pingperfect on Conan Exiles. In addition to providing the servers hosted by Funcom they will also have private servers available for players to rent. You can reserve yours ready for the game’s launch by going to Pingperfect.com now

Pingperfect is a specialist supplier of game server hardware and web hosting services, with a proven international track record.  They employ a dedicated team of gamers, programmers and network technicians to monitor and maintain game servers and host a wide range of servers across the globe for many of the most popular games on the market using the latest network technology.

“As a company, we have a few core values, the most important of which include; keeping up to date with the latest hardware to host our game servers on, making sure that at no time any of our dedicated servers are overloaded and to provide the best customer support we possibly can. It is these core values that help ensure all our game servers run as efficiently as possible,” says Pingperfect technical director James Lyon.

For the launch of Early Access we are aiming for a total online player count of up to 70 players per server, with hopes to increase this as the game grows leading up to full release.

PvP Blitz servers will be tagged in the server description so you can easily differentiate them from the regular PvP and PvE servers. 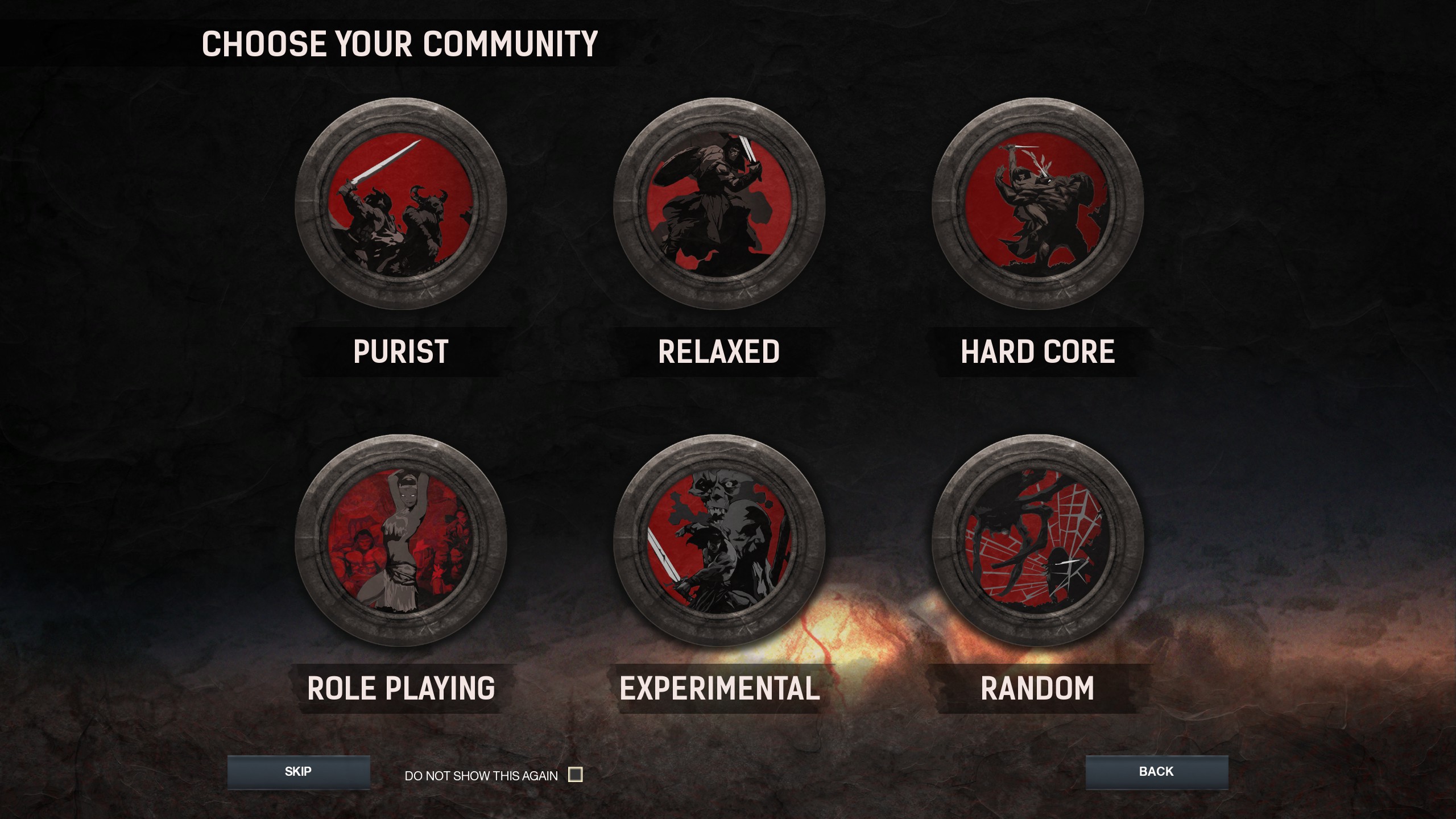 We want to offer players a wide variety of servers for different kinds of communities, which is why we’ve made community filters to help players find the community they want to play with. The communities are:

Private servers are where players can modify and alter the gameplay experience to their own specifications, adjusting various settings to their liking.

Setting up a private server is incredibly easy. A copy of Conan Exiles purchased through Steam comes packaged with a dedicated server tool. Once the game exists in your library you can install a private server on any machine from Steam. Head to your Steam library, go to the tools menu and find Conan Exiles. From there you can install your private Conan Exiles server and set it up. You can find an example of some of the server settings in the image below. 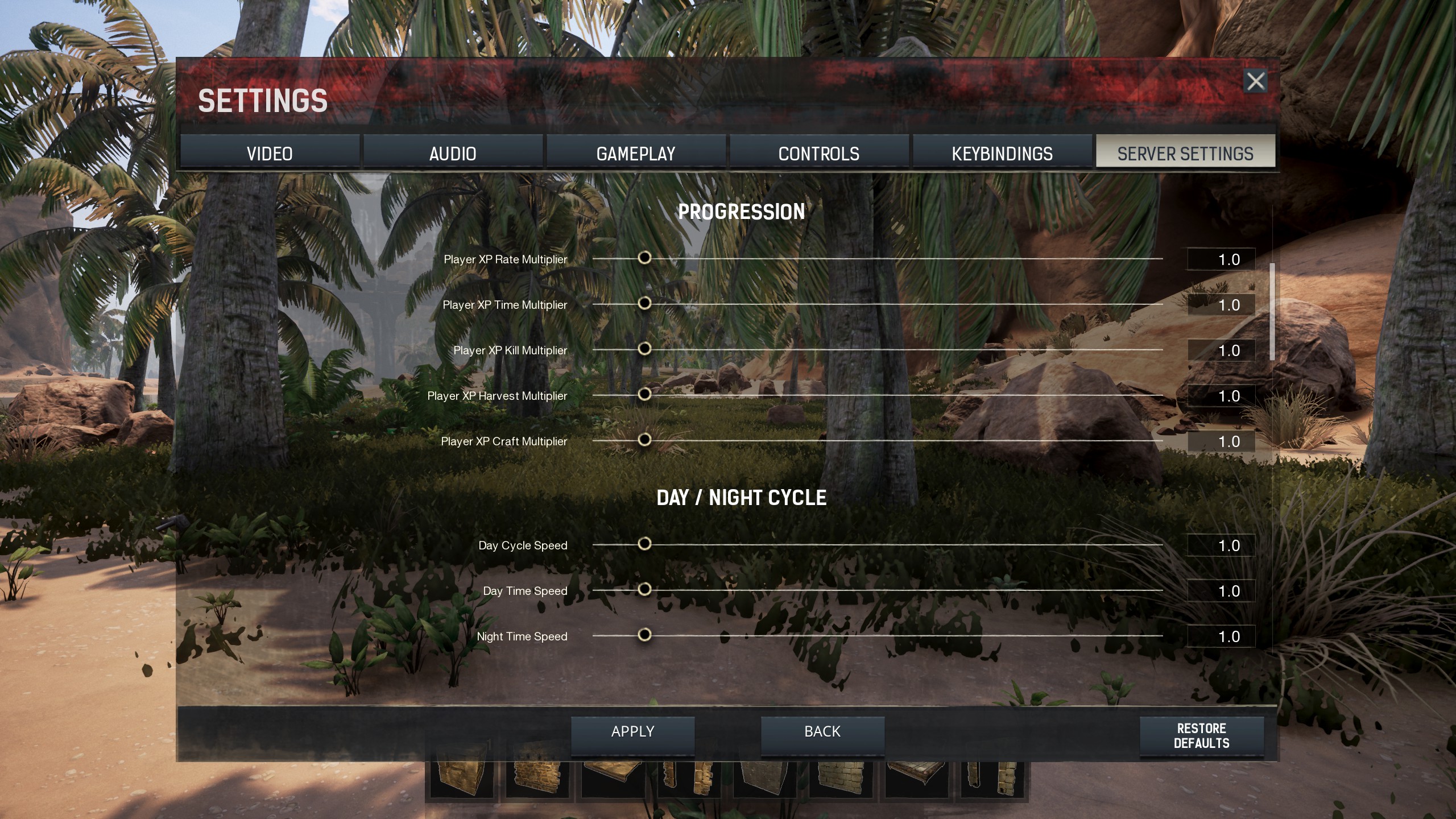 The server settings are available to server admins from inside the game via the options > Server Settings GUI. From here you can enable PvP gameplay, turn the sandstorm on and off, and choose what players lose when they die. Things like the day/night cycle, player health and stamina, resource yield, experience growth and resource spawn rate.

Everything can be adjusted and implemented on the fly, without the need for a server restart to activate the changes you’ve made. Just hit apply and the world around you and your player will adjust immediately.

As a server admin you will also have access to a full featured admin panel. From here you can spawn in any item found in the game, from crafting resources to weapons, armor and clothing. Building pieces will also be available to you at the touch of a button, and if you want to you can instantly give your character all the crafting recipes found in the game. 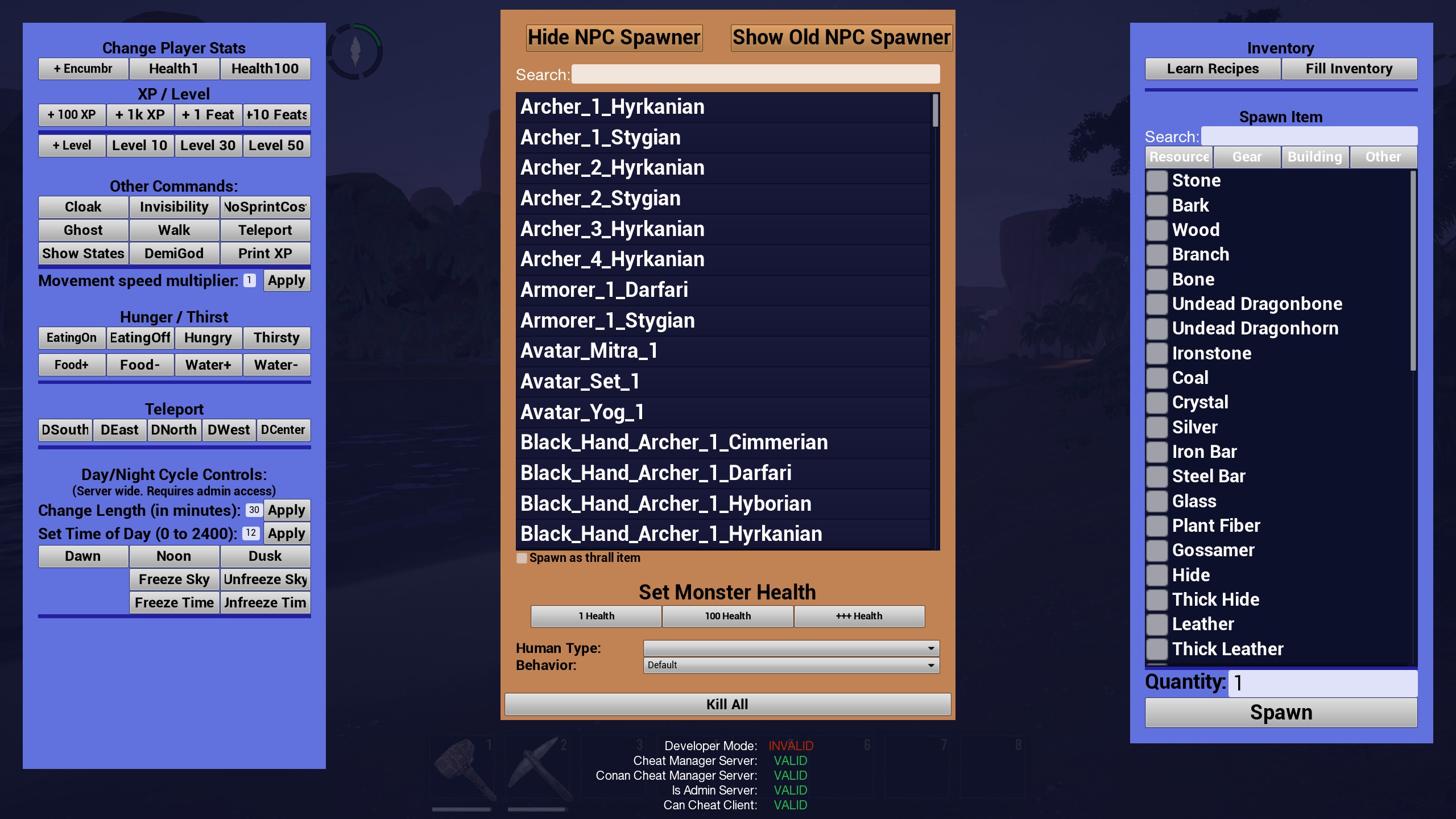 Server admins can also spawn in all NPCs, both humans and creatures. In addition to this it’s possible to increase your character’s movement speed, turn them invisible, remove hunger and thirst, teleport and quickly level up. This is perfect for roleplay servers where admins craft scenarios and design special challenges for their players.

Conan Exiles will feature full mod support on PC. This is planned to be available from the start of Early Access. Mod developers will be able to download a custom Unreal Engine editor, letting them create a whole host of modifications to the game. Everything from changing aspects of gameplay to adding new monsters and items to the game can be done with the modding tools. A mod management tool which connects to the Steam Workshop allows players to easily load in the mods they want to play with. More information on the mod system and tools will be revealed soon.