The Exiled Lands are filled with a variety of different creatures and animals. Beasts both common and uncommon in Hyboria can be found, hunted, slain and harvested for resources to aid you in your struggle against both the elements and other exiles. There are even things considered unnatural by the outside world making the Exiled Lands their home.

As you make your way out of the desert, where Conan cuts you down from the cross, you will eventually reach the river. This lush, green area is the home of mostly docile prey. Animals like shalebacks and rabbits are plentiful, yielding bone, meat and hide when harvested after killing them. Hide can be tanned to make leather, perfect for crafting strong and tough armor. 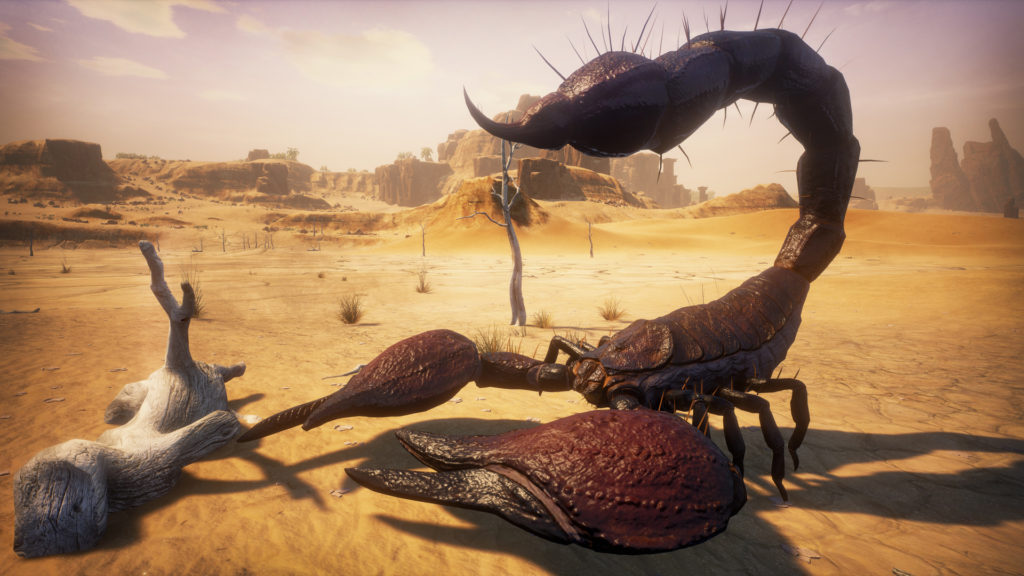 It’s wise to exercise caution, though. The crocodiles which roam the river should be avoided at all costs. Quick and agile imps, men twisted beyond recognition by the corruption of the Exiled Lands’ magics, also roam the surrounding area looking for their next meal. Some of the imps are highly volatile, running after any passerby and exploding violently when near. Any slain imp will yield meat when harvested, but the flesh of such a creature will taste horrible even when cooked. All exiles would be wise to remain vigilant, with a weapon at the ready, even in this mostly peaceful area.

North of the river the wildlife grows more plentiful. It’s here you will begin to encounter some of the most common creatures of the Exiled Lands. Wherever there is grass you will find some variation of the gazelle or antelope. They are mostly docile, but are quick when escaping danger. Strike hard and fast while hunting them or your dinner might run away from you. Where there are gazelles and antelopes you are sure to encounter hyenas as well. These snarling beasts have a tendency to hunt in packs, so stay vigilant. If you see one coming after you, you should expect at least one or two more to follow.

Heading further inland you might also begin to encounter rhinos and ostriches of various colors. Much like the gazelles both rhinos and ostriches are mostly docile creatures, but will attack when provoked. Rhinos are especially tough to take down and will charge you with their massive horn to protect themselves. Stay vigilant and work together and you might be able to strip them of their thick hides – maybe even mount their heads on your wall. 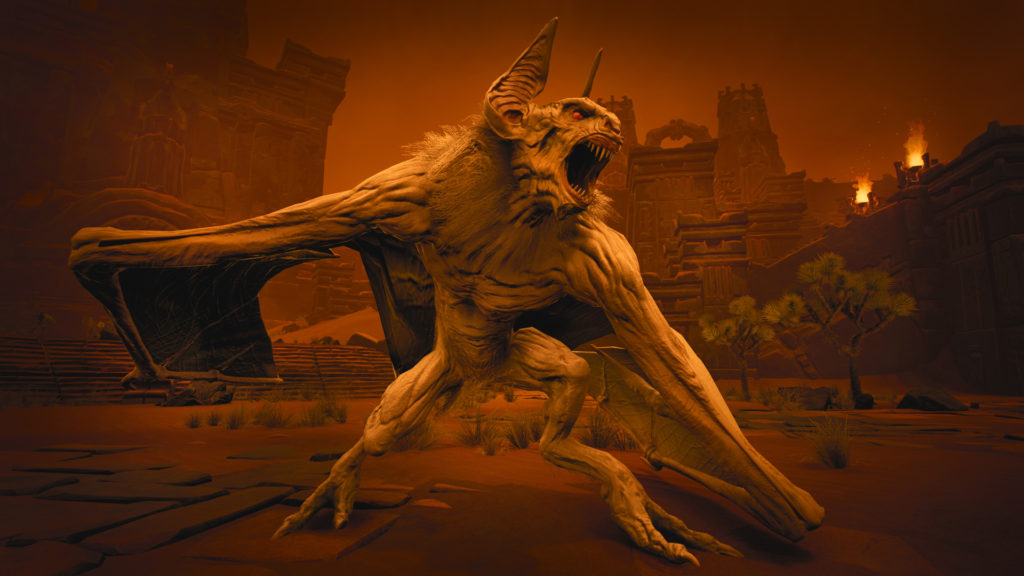 A helpful rule of thumb in the Exiled Lands is that the further north you travel the more dangerous beasts you will encounter. Poisonous spiders and scorpions dwell in sandy dunes and deep canyons, attacking anyone that comes too near. Their carcasses can be harvested for very useful crafting ingredients. Spiders will also yield ichor, which is crucial in some crafting recipes. You might also encounter Sand Reapers among the dunes to the north. These giant locusts skitter across sand and should generally be avoided at all costs. They can, however, be harvested for their toxin glands, which is a key ingredient for creating deadly poisons.

In the very center of the desert, covered in sand the color of burnt orange, lies the Unnamed City. This was the seat of power for an ancient race now long gone. Since then it has been corrupted by foul and blasphemous magics. Here the dead walk again. The emaciated remains of human soldiers stalk the sands, wielding weapons from a bygone era while skeletal lizard beasts, reanimated by the corrupting forces that remain there, attack anyone within sight. Enormous bats fly overhead, swooping down to capture any unlucky soul still living. There are even rumors of dragons and molten beasts made of stone roaming the area. Although the danger is great the rewards can be even greater, as the Unnamed City holds many secrets just waiting to be discovered. 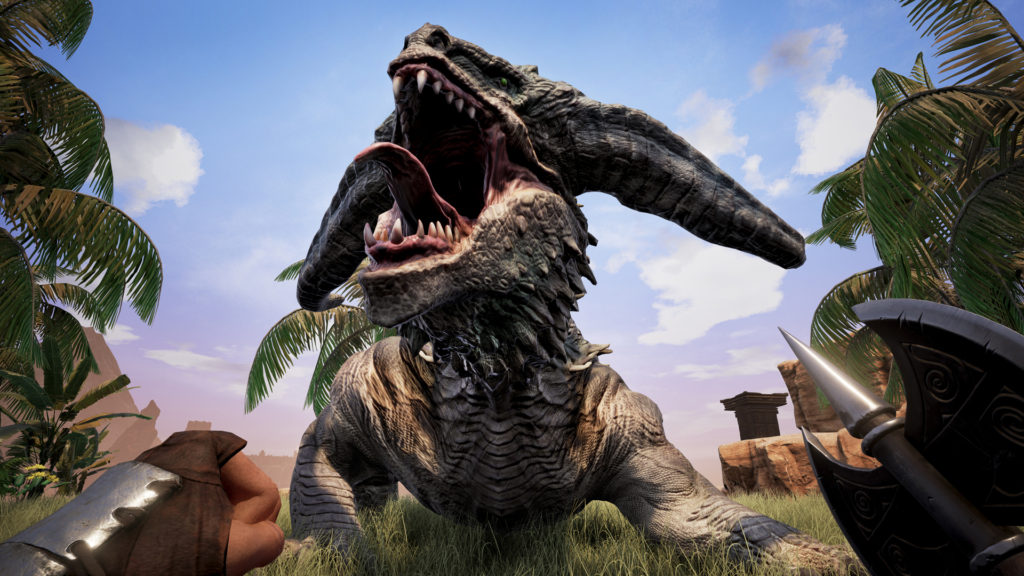