Sorcery in the Conan Exiles 3.0 Update – Sacrifice and Power

To find enlightenment in the gasping darkness… whispers that rolled under the skin. How could mere flesh be a vessel for such power? And blood deliver it? With the right knife, he realized, reality could be sculpted. Bled. But the world was only as malleable as the mind allowed. Already they flocked to him. He would show them where to cut, to wring the darkness and drink the power. He set to work.

In the 3.0 Update, Age of Sorcery, we deliver dark magic into your hands. The team is thrilled to fulfill the promise of Sword & Sorcery that lies at the savage heart of Conan the Barbarian. This has been the dream and vision since launch, and it’s incredibly exciting to have the opportunity to reach this huge milestone. 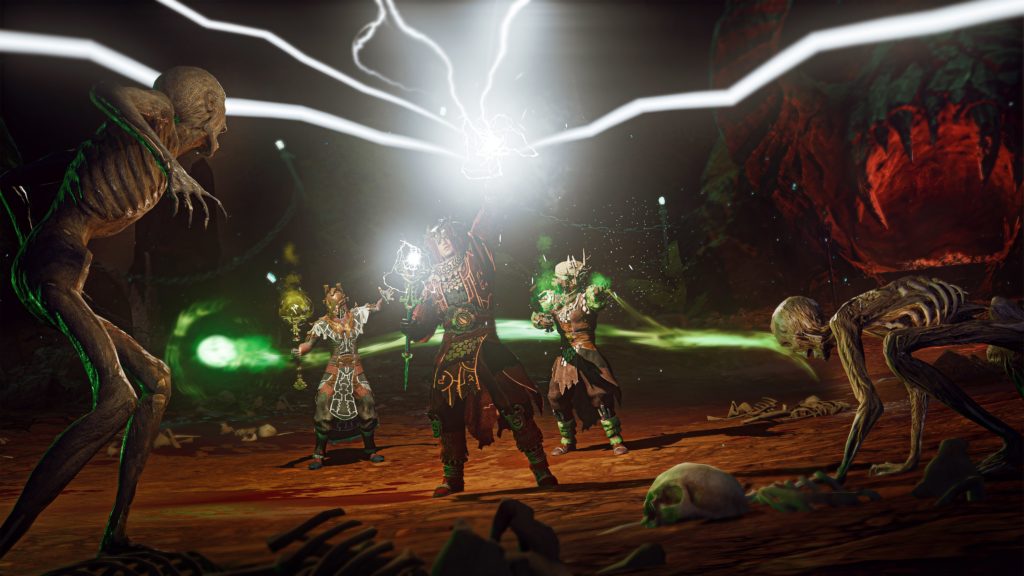 In this article, we will delve into the sorcery elements of the Age of Sorcery update; what it is, how you can acquire these powers, and more.

The powers you will wield in Age of Sorcery are not the fireball-flinging, magic missile spells you find in many traditional fantasy games. The team has taken great care to balance authenticity to Robert E. Howard’s stories with satisfying gameplay. Sorcery in the Conan universe is an insidious, creeping affair, and this is also the approach in Age of Sorcery.

Should you take the path of corruption, you will choose the dominion of demons and ritual sacrifice, where power requires preparation. Raise the dead, conjure darkness and ice, and summon demons to tear apart those who oppose you. 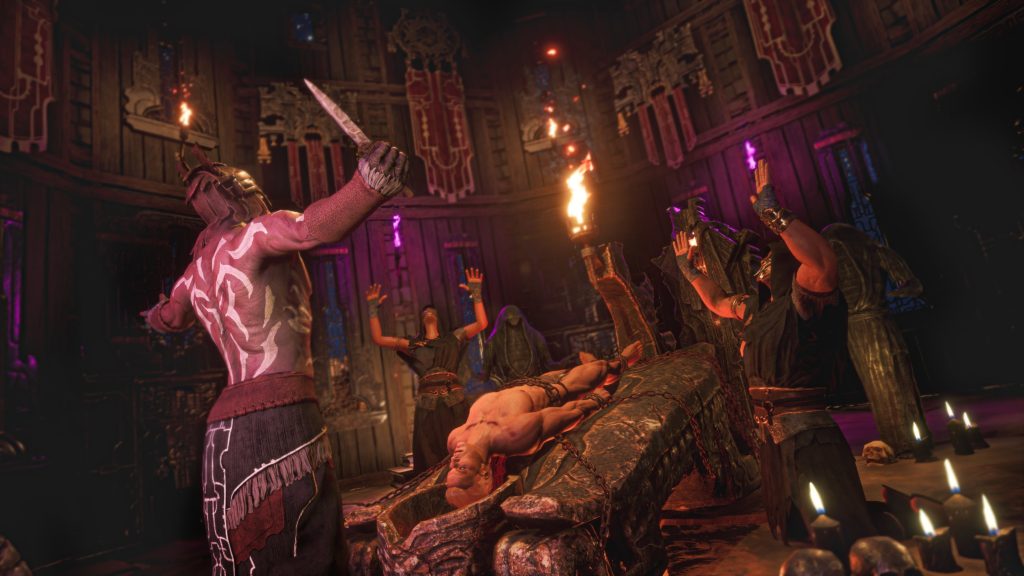 The Journey into Darkness – The Sorcerer’s First Steps

Sorcery is not just a mechanic that we have applied on top of the game, it’s a journey woven into the world itself. Something is happening in the Exiled Lands. Sorcerers are spreading their vile influence, recruiting yet more people to preach their corruption. At the center of it all is a mysterious figure who claims to see beyond our world.

Should your curiosity and thirst for power get the better of you, take heed of the maps and mysterious writings that the sorcerers carry with them.

With the clues found on these dark missionaries, you will eventually acquire the Tome of Kurak, a tome that lets you unlock sorceries one at a time. To do this, you must find and combine Sorcerous Spell Page at the new Thaumaturgy Bench. 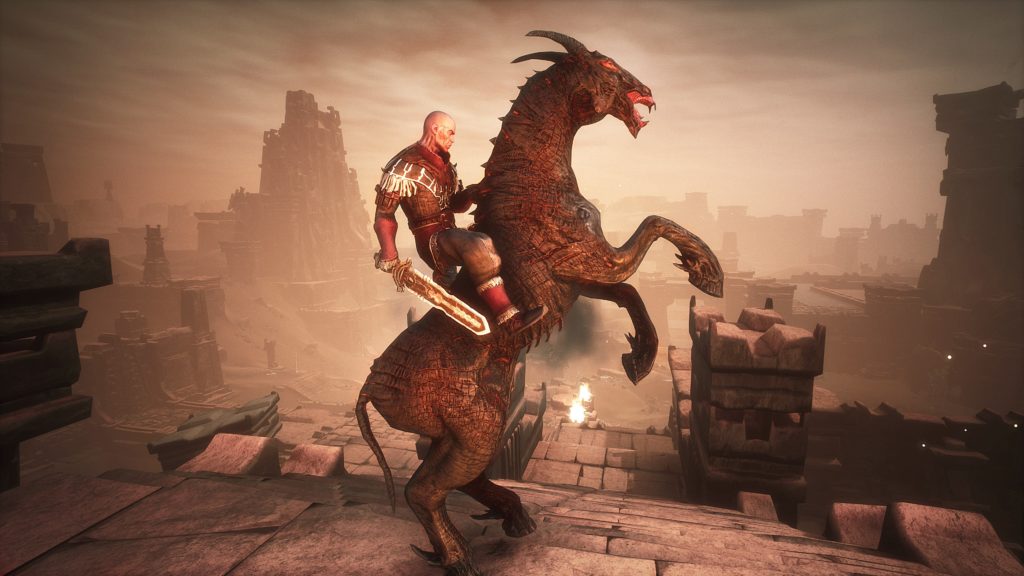 As you progress and learn new spells, you’ll require more and more pages. To speed up this process, you can now take sorcerers as thralls, forcing them to research pages for you over time. As you cast your first spell, you will realize that when you reach for corruption, it too flows into you.

To cast sorceries, you must equip a staff, which you can craft from the Thaumaturgy bench. Each sorcery is a spoken phrase. When casting a spell you will select your words in order through runes that appear before you. A spell from the realm of death will start differently than one from the realm of dreams, for example.

When you utter the final word, the sorcery will take effect.

The Cost of Sorcery

Performing sorcery fills you with corruption, visibly withering your body the more you do it. Some spells require a high amount of corruption to cast, but with sorcerous powers the body becomes weaker, lowering your max health and stamina. 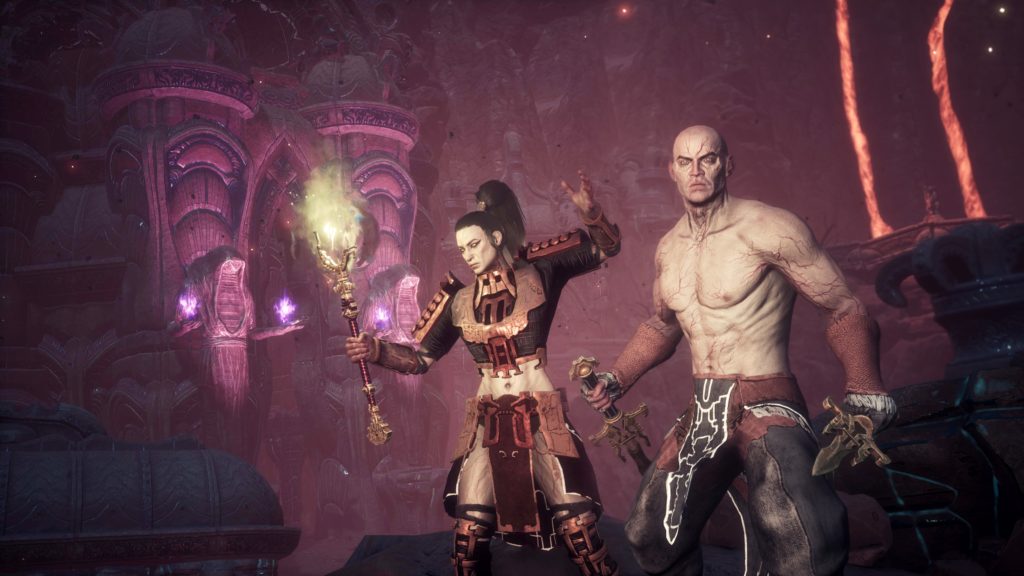 As you become more corrupted, you can put points of corruption into your strength, vitality, and authority. For every perk milestone you reach with corruption, it will change into a special sorcery perk that synergizes with your new powers.

After the first perk, every subsequent corruption point put into that attribute will scale up your corrupted perks, making them more powerful.

There are ways to cleanse corruption, but once you’ve tasted the virulent powers, will you really let them go?

With the Call of Nergal, you can summon a bat demon to lift you into the sky and carry you a great distance. You will be lifted upward and then control the direction of your glide. Your bat has an energy bar which depletes over time, which you can use to ascend higher at will. 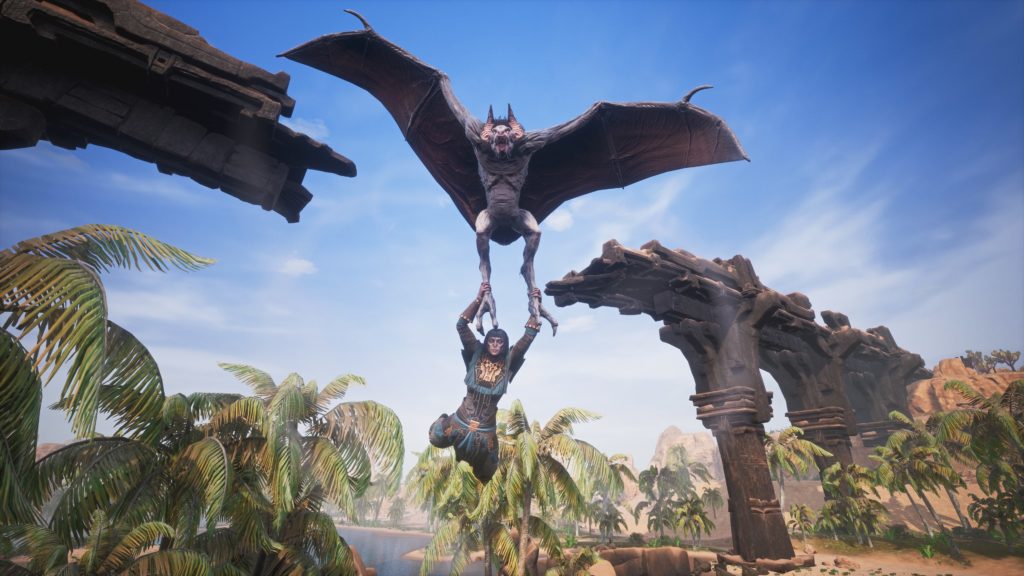 Draw in darkness, and then release it tenfold, plunging your surroundings into the black of night. This is no natural darkness, as the skittering sound of spiders that accompanies it attests. Enemies caught in this unnatural nightmare are terrified until attacked. 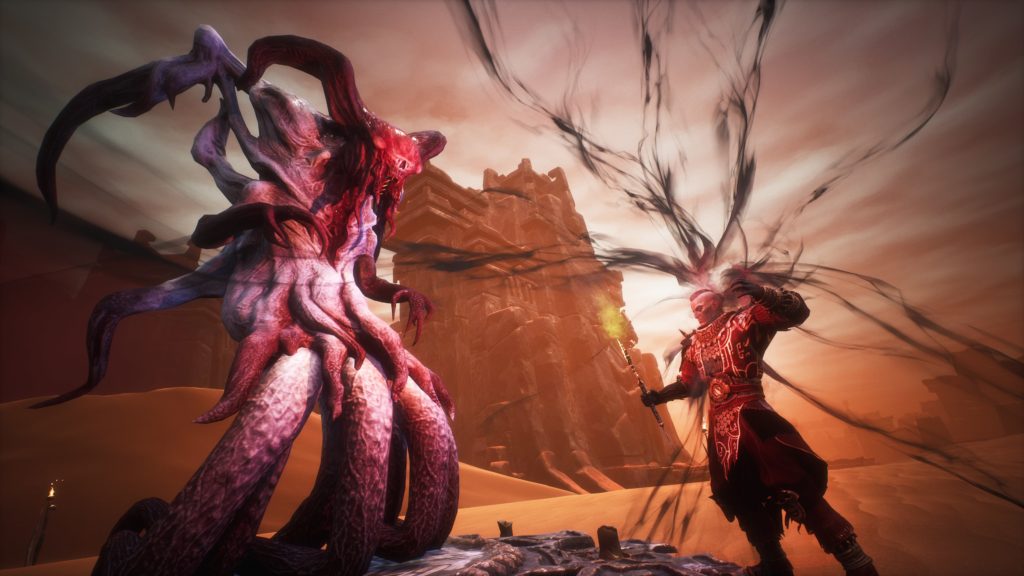 Conjure a great storm cloud that strikes your enemies in the area with lightning, while leaving you and yours unharmed. 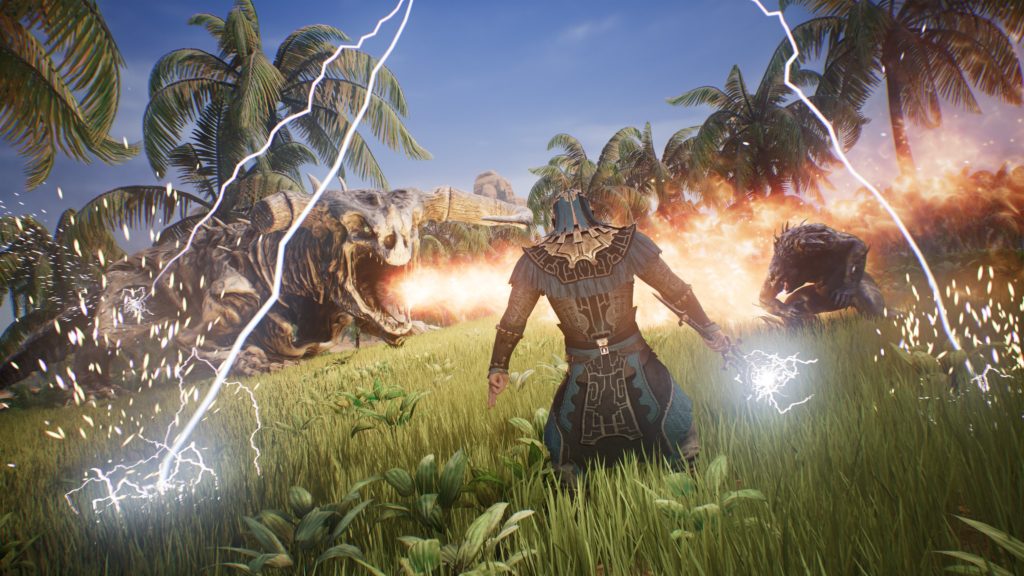 There are many other sorceries such as an ice bridge, invisibility, and more, but we will let you discover those by yourselves.

Rituals are a major aspect of sorcery that bring an element of crafting into the mix. Sorcery and summoning require reagents, some more sinister than others. By bringing an unfortunate captive to the sacrificial stone you can draw their blood to be used to summon various demons at the Circle of Power, another new crafting station. 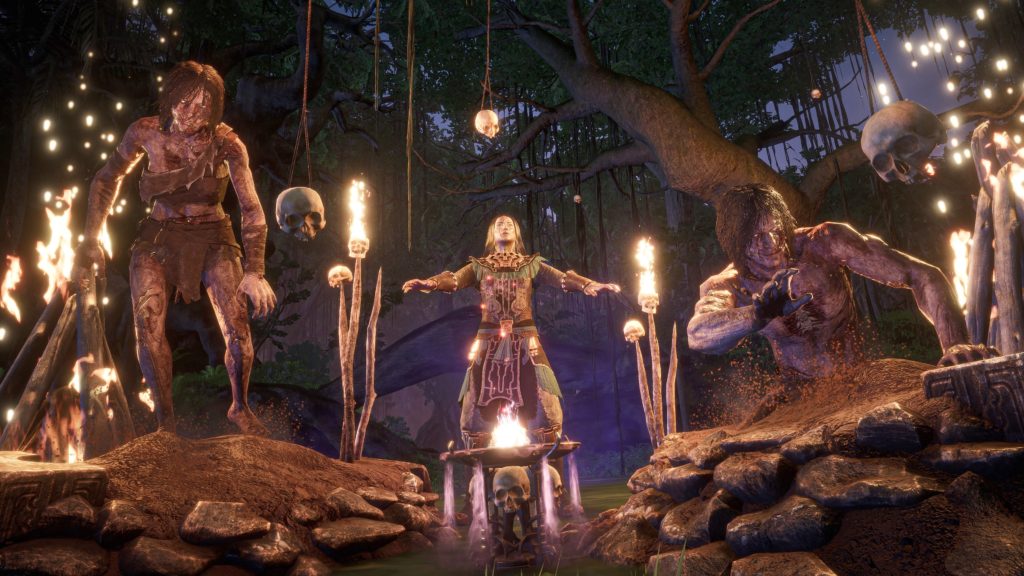 By having the new ritual crafting stations at your base, you will be able to teleport to distant locations, raise the dead, summon demonic mounts and followers, and by the power of illusion, change the appearance of your gear.

There is still much left to discover in the Age of Sorcery that we’ll cover in other articles. Sorcery adds a whole new dynamism to the Exiled Lands, in both how you interact with the world, and other players, and we can’t wait to see how it leads to all kinds of unforgettable moments.

Thank you all for being here for this amazing milestone in Conan Exiles’ journey. There’s more yet to come!