The Age of Sorcery Arrives September 1!

Soon, Sorcery will darken the Exiled Lands. We’re thrilled to announce that the Age of Sorcery Update will arrive on September 1!

With the arrival of this monumental update, we’ve also updated the game’s key art to reflect the addition of sorcery and the new dynamic it adds to the world. Let us know if you like it! 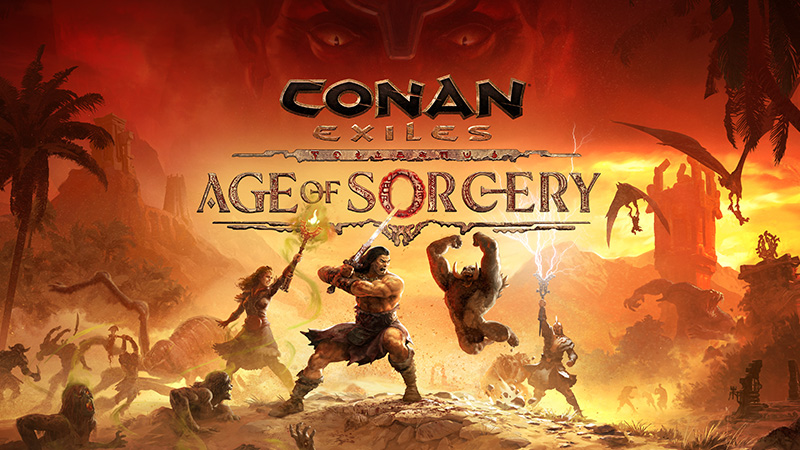 Delve into dark sorcery and everything that comes with it: ritual sacrifice, summoning demons and undead, the ability to take to the sky in the clutches of a bat demon, conjure storms, turn invisible, and much more.

Also coming in Age of Sorcery is a huge attribute revamp with new perks, a dedicated building interface, creative mode to let you build without restrictions, a Battle Pass brimming with cosmetics, and a ton of other improvements.

Will you be a corrupted sorcerer, mighty barbarian, or something in between? With the new attributes and perks, there are a lot of interesting new builds to explore. The Exiled Lands will never be the same.

You can explore the full range of features coming in Age of Sorcery with our series of blogs.