The Isle of Siptah – a place of mysteries and horror

Conan Exiles: Isle of Siptah is an upcoming expansion where you play a new character on the all new Isle of Siptah map. It launches into Early Access on the 15th of September and will be the biggest update to Conan Exiles yet!

Ripped apart by a violent and unnatural storm, the slave galley transporting you does not reach the Exiled Lands. You instead wash up on an unfamiliar shore amidst the ship’s wreckage, bruised and battered, but still alive…

Vultures circle above as you examine the wreckage strewn beach. A graveyard of ships, their skeletons bleaching in the tropical sun. And inland, an impossible tower, looming above the landscape, fills you with a sense of foreboding. You recall drunken sailors in the seaside taverns of Argos and their tales of a haunted isle off the coast of Stygia. Can this truly be the Isle of the Sorcerer – The Isle of Siptah? 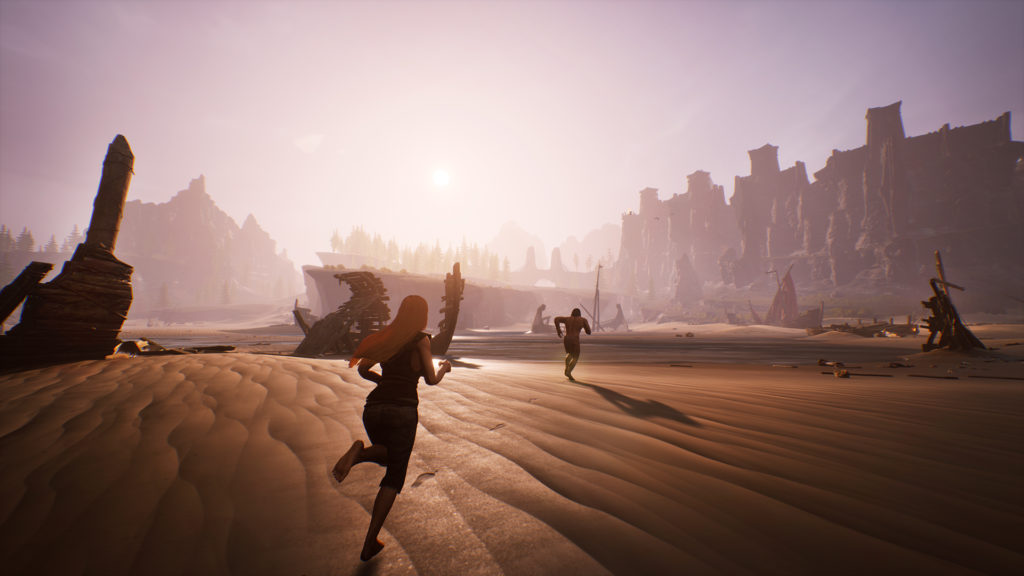 The island stretches out before you, full of mysteries and dangers – but your first priority will be to survive. If you manage to overcome the challenges ahead, you might learn more of the enigmatic island, and eventually master the dark powers at play here.

The wreck strewn beaches are full of driftwood and loose planks. By salvaging the wood and gathering some stone, you should be ready to build your first camp using the new flotsam building set. Having a safe camp will be very important on the Isle of Siptah, as survival on the harsh island can be hard.

The vast island consists of several different environments. Mighty redwood forests cover the eastern side of the island. These massive trees can’t be harvested for wood, but they form excellent platforms for buildings. Making a settlement in the tall trees will give you extra protection against the wild and dangerous creatures who stalk the island, such as the monstrous Child of Gullah or the massive antediluvian elephant.

To the west you can find tall mountain peaks and deep valleys. These areas also offer very defensible positions if you build on the heights or find natural chokepoints in the terrain. The secluded little island of Threa, to the south west, can offer powerful defenses where steep mountains form a ring around Witcheye lake.

But you will be far from alone in this new wilderness. In the north of the island there is a camp of castaways where many have gathered, and you can buy some ale at the tavern. You can find Valeria of the Red Brotherhood here, who may share what she has learned of this inscrutable island. 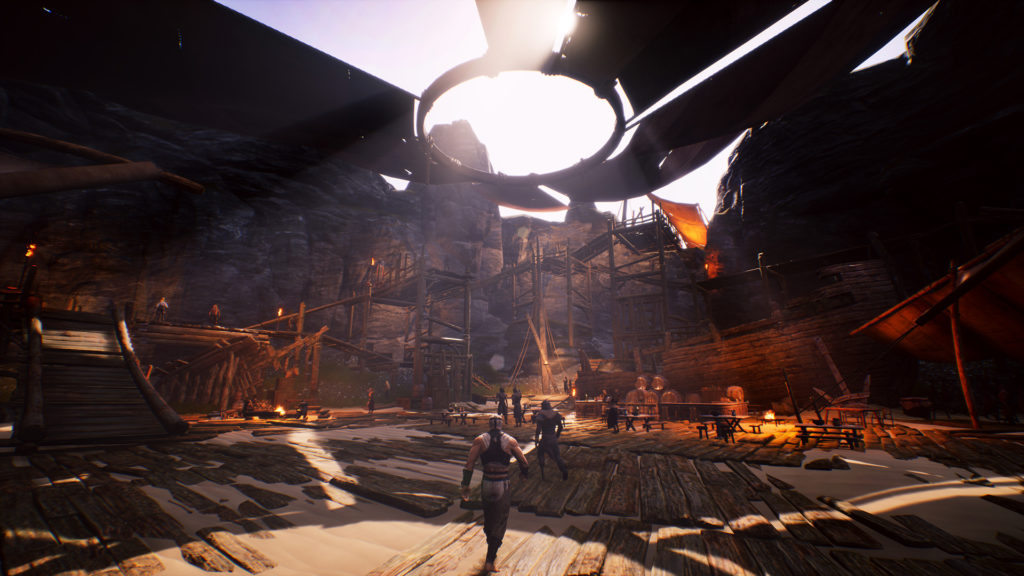 There are many ancient structures on the Isle of Siptah. Massive Acheronian ruins tower over the valleys in the west, and the remnants of a Stygian colony dominates the landscape in the east. Most of these ruins are the domain of the undead and wandering too close may be your undoing. Yet the lure of treasure always beckons…

Though these ruins only tell a small part of the history of the island. For there are far older structures here and they not only contain terrible secrets from ages past, but also still retain their function and bear witness to the presence of immense power.

You will discover entrances to deep vaults in many places on the island. These dungeons were constructed eons in the past, and the demons and fiends who dwell within have not forgotten the days of their glory.

Exploring each vault will be a perilous challenge. In the depths of the ancient halls you may not only find great treasures, new resources and artifacts of power, but you can also discover the history of the island and the builders who created the vaults.

There are many different vaults and many secrets to uncover. The history of the elder races is long and their treasuries vast. Exploring as many vaults as you can, may reveal the answers you seek. 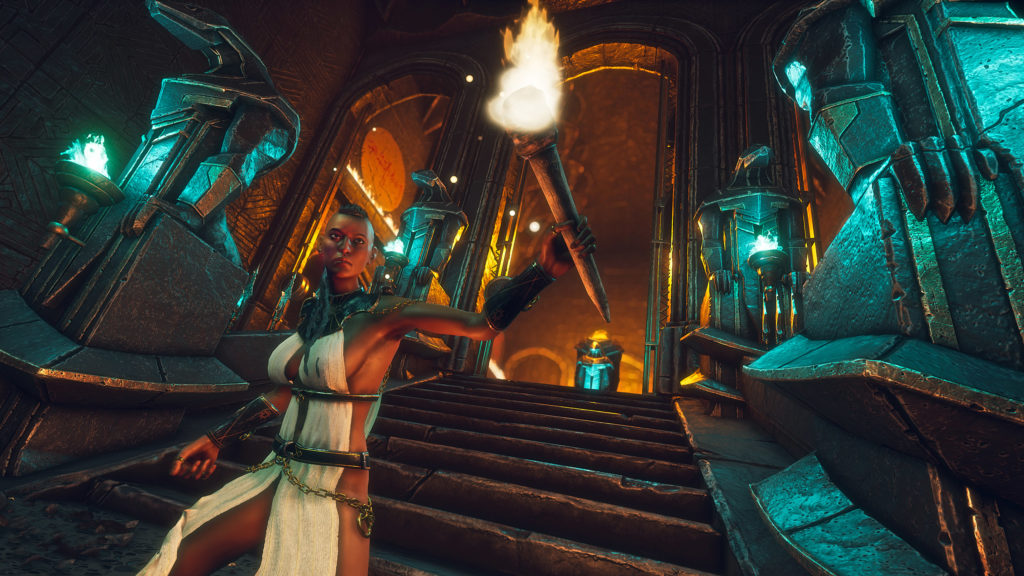 The Tower of Siptah and the storm

It is impossible to miss the gigantic tower which looms over everything at the center of the island and the terrifying portal gaping ominously above it. Anyone who dare venture too close are filled with coldness and dread.  Undead roam there in great numbers and they guard the tower zealously.

You have heard that the sorcerer Siptah has taken over the tower and sends out storms to crush the ships of those who fail to pay him tribute. But the secrets of the tower and the terrible storm which spawns around it may be even more evil than a Stygian sorcerer.

Old beyond reckoning, the tower, the portal and the storm exude an other-worldly and malevolent power. The storm builds slowly around the tower, picking up strength over time, resulting in a crescendo of destruction.

Though the power of the howling storm’s wind is terrifying, the full horror of this inhuman monstrosity is only revealed once you see the creatures from the outer void it spews forth. The Blood Moon Beast writhes across the ground on sickening tentacles and the Spider of Leng and Shaggai Huntress skitter with a multitude of clawed legs. The mighty Lloigor and Avatar of Bokrug crush those who oppose them with powerful claws.

As long as the storm rages, these unnatural monsters continue to spawn where ominous bolts of lightning strike the ground. Though it is tempting to flee from the creatures in horror, they may also be an integral part to understanding what is happening on the island.

There will be much to explore, learn and uncover on the Isle of Siptah. You must ready yourself and prepare for the challenges ahead. There are only two kinds of castaways on the island – those who are resourceful and those who are dead… 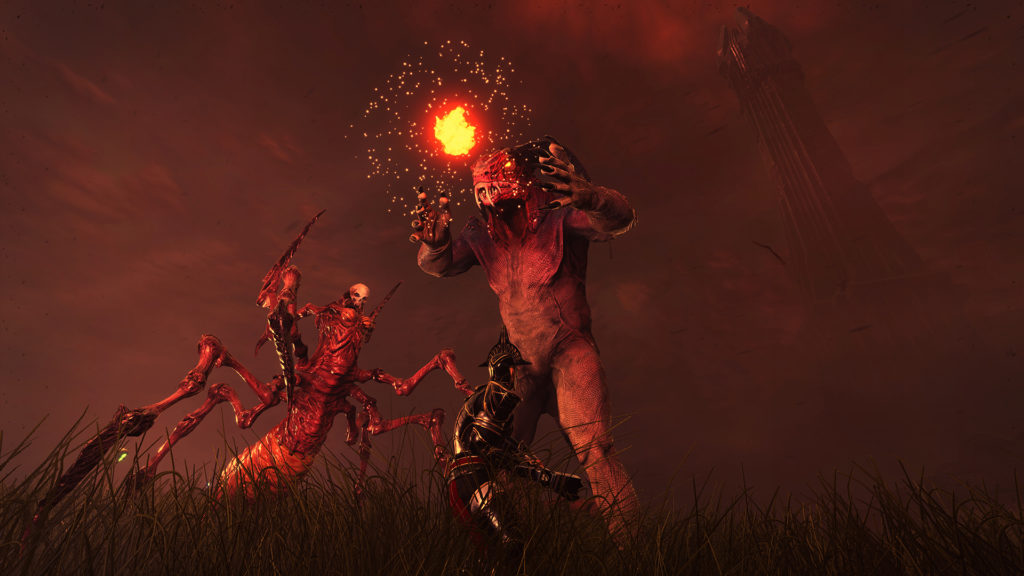