Weekly community newsletter – Hello from the other side

Hello again! Hope everyone’s had a good weekend and are ready to tackle the coming week, Conan style! This newsletter is a day late because of yesterday’s patches and announcements, but it is here now, somewhat large and in charge.

In case you missed it: we patched PC yesterday! More information on that below.

We patched Xbox last week with an Xbox One X compatibility patch and some stability changes, which seems to have gone over well based on the feedback we’ve been getting. We’re also working on another parity update for Xbox One, bringing it in line with the changes and updated that have been added to the PC version.

We patched yesterday! Unfortunately, we had to delay the 31st content update, but it has now arrived, fresh from our computers to yours. This patch introduces fixes for the duplication and speed exploits, repair kits, new roof building pieces and, most importantly, thrall inventories. Read more about the content update on our blog.

Thank you very much for your patience while we’ve been working on this patch. We’ll be hotfixing major issues that pop up, so please let us know how the patch is working.

With this patch we also did a full or partial wipe of the official servers. We wanted to give the community on each server the opportunity to decide how we clean up the aftermath of the recent duplication bugs. The full details of the wipe can be found on the Conan Exiles dev blog.

We’re going to do a revamp to how we collect and process bug reports from our subreddit.

For the subreddit, we’re adding two buttons to the header image that say, respectively, “Report PC bug” and “Report Xbox bug”. Each will link to separate threads that we’ll switch out after each patch. The reason we’re doing this is to collect everything in one place, so we can more easily find and respond to bug reports from the community.

In addition to this we’re launching a website where we’ll create a poll based on the bug reports you send us. The community will then be able to vote on which bugs are especially annoying and what you want us to work on (of the ones listed).  This way we can more easily see what’s most important to you, and you can also get better, more frequent updates from us.

Every Friday, the development team meets up to highlight and talk about what they’ve been working on recently: New content and features, bugs that have been fixed, and things to come down the pipeline. So as not to make this newsletter overly long we’re only sticking to the highlights from the teams. Things are still being worked on “behind the scenes”, and we’ll mention these when they’re relevant.

What’s this? A new team? Technically no, but we wanted to include a glimpse into the progress on the game’s story. Creative director Joel is in charge of writing the story and is currently designing the structure of the plot with the different team leads. We hope to bring something fittingly Conan-esque to an open world game, that takes players through the Exiled Lands on an epic quest. You might even meet Conan along the way.

In addition to the volcano and the new biome, the Terraformers have started on a revamp of some of the game’s monsters. This entails everything from how they’re placed in the game world, how they react to certain weapons and adding AI improvements and new features. We want to make the Exiled Lands to feel more like a real place. Updating the creatures is a step in that direction.

The main thing from Terraformers this week is an overhaul of the attributes system, adding series perks that give you bonuses when your attributes reach rank 10. The bonus could be anything from a quick double jump, a bigger breathing timer when under water, quicker reload, increased damage against certain enemies and extra resources. The perks will also come with a revamp of the attributes UI, which you can see a working progress version of on the latest dev stream.

The art team is still doing their thing: putting meat on bones and pumping out new creatures, weapons, armor and items to fill in the gaps in the game. Here’s a look at the Hyrkanian armor, which will be added to the game at a later date. 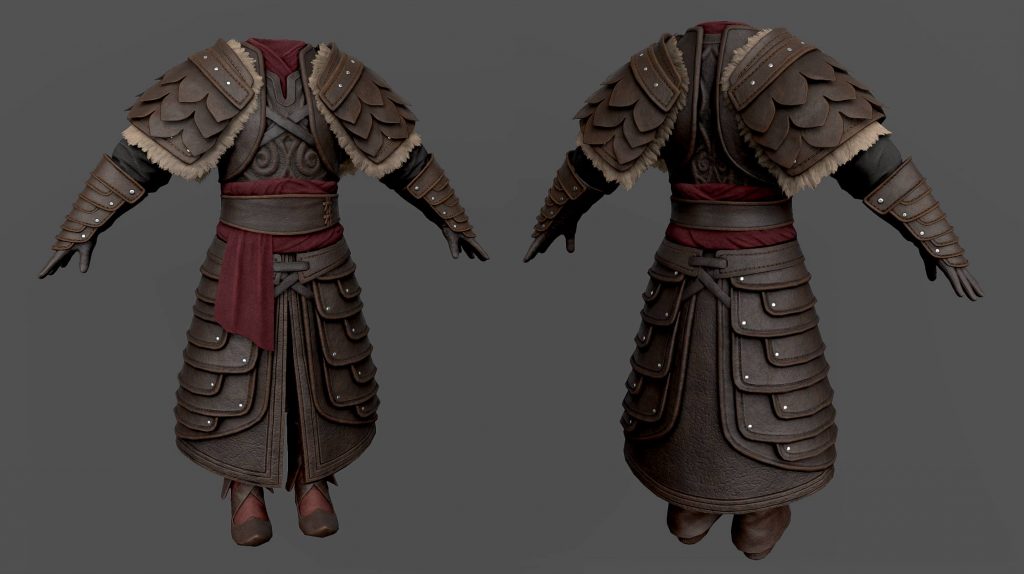 And that’s it for this week! Sorry it came out a day late, but we didn’t want to smother you guys in too many news and announcements all on the same day. Hope you enjoyed reading.

See you in the next one!

Mutant Newsletter
Posted in English
We use cookies to ensure that we give you the best experience on our website.AGREEDISAGREELEARN MORE
Revoke Cookies