How do you do, fellow kids? Welcome back to the Conan Exiles community newsletter. With less than 3 weeks remaining of 2018 we’re slowly beginning to wind down in preparation for Christmas, while also working towards having Conan Exiles be in a stable and working condition when the holiday break begins.

We’ve released a major patch for PC, PS4 and Xbox One containing a multitude of fixes and changes, along with some new content that we think you will enjoy. This patch has been moved from Testlive over to the live version of the game and we wanted to thank all our Testlive players for helping us out with testing, feedback and bug reports.

Testlive will get further updates down the line. These will include several optimizations to how the game renders and loads in buildings, and some much-requested Purge fixes, some of which we detailed in the previous newsletter.

After the patch went live on PC we received some updates from admins running modded servers that they were having connection issues and crashes. We’re currently investigating this issue to rule out potential issues. Keep in mind that mods need to be updated by their creators whenever there’s a new patch.

Oh, and we also released a new DLC: Seekers of the Dawn. This brings the country of Yamatai into the Exiled Lands, with new pet skins, new warpaint options, new weapons, new building pieces, and new pet skins! 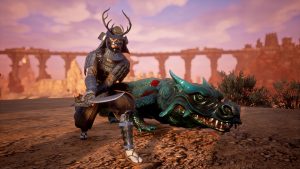 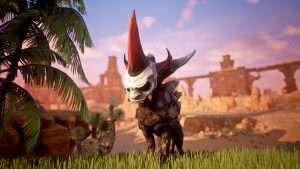 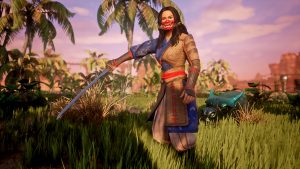 Finally, we released a quick update yesterday about our key focus areas going forward in terms of patching and updating the game. You can find all the details over on our forums.

What’s new in the game now?

Glad you asked, hypothetical player! There are several features in this new patch that we’re particularly proud of. Chief among them is the new katana weapon archetype, and the reworked bow mechanics. In addition to this we’ve made some changes to throwing weapons, improved the locomotion animations, and added in a Land Claim announcer. Finally, for the PC crowd, we added a dice rolling functionality to chat and rolled out the ability to automatically download mods to your game.

The katana is a two-handed curved sword hailing from the remote land of Yamatai. It comes with an entirely new and unique moveset, and sits comfortably between spears and hammers in terms of damage. They also have armor penetration equivalent to greatswords.

The light attack combo is a frontal set of attacks with a fair amount of forward motion. The light attack finisher does damage equal to the heavy finisher of other weapons and will apply bleed. What’s interesting to note is that the katana does not have a heavy combo. Instead it has a dash attack that can be charged by holding down the Heavy Attack button. Dashes will go through targets, ignoring collision, and can be used to escape tight situations, even when not fully charged. This dash can also be chained into any part of the light attack combo. Use it as an opener, a link, a finisher, or combine it freely with any of the light attacks. 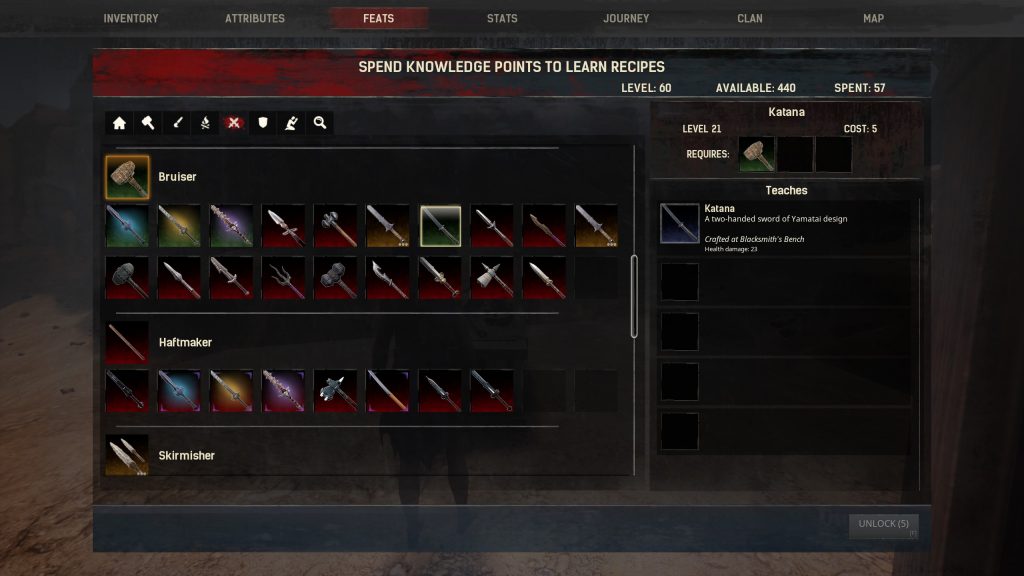 If you’re playing either of the console versions you may have noticed that there are some other katanas that are currently unavailable. These are part of the Seekers of the Dawn DLC, which will be released in a future update. They are reskins of the regular katanas that can already be found in the game.

Bows have gotten faster and more deadly and we’ve brought back the ability to “power shoot” using the bow. The light bow attack combo is gone and have been replaced by a single fast shot. You can chain these shots together as long as you have enough arrows on you. The heavy attack is now a chargeable, aimed shot. Holding down the Heavy Attack button increases the damage of the shot and if you hold it for long enough the shot becomes a Power Shot, with a flatter trajectory. Perfect for sniping!

Arrows have also gone through a balance tweak. Specialty arrows have increased usability and we’ve tapered the power/cost ratio of some specific arrow types. High tier arrows (Razor, Hardened Steel and Star Metal) now do more damage. Snake Arrows and Light Arrows do less damage, but the poison from Snake Arrows is unaffected. Light and Healing Arrows are also cheaper to make.

Throwing weapons have gotten a lot of different improvements in this patch. The aim is to establish them as a Crippling and damage option for short and mid range fighting.

All throwing weapons can be recovered from where they land, or from the inventory of whatever you killed with them. They will also cause cripple no matter which part of the body you hit. This goes for both Javelins and Throwing Axes.

Speaking of Throwing Axes, they now stack to 10 and won’t break. This will not affect Javelins, as they still have durability and are used more prominently in combat. Throwing axes can, however, be used as a wildcard replacement for any combo step. When you’re wielding a throwing axe you can throw one out instead of losing your combo. This means you can do stuff like Light -> Light -> Throw -> Heavy Finisher. Try it with the double axe spin to win combo and see what happens!

This was one feature that’s been highly requested by the community: to automatically download mods on PC when connecting to a modded server.

When you connect to a server running mods, and your client doesn’t match, you will automatically be sent to a “Mod Mismatch” screen. Here you’ll find a list of the server’s mod list (or pop up with a message saying the server doesn’t use mods, in case you have mods loaded but the server doesn’t).

We hope this will improve the experience when connected to servers running mods. Please don’t hesitate to give us your feedback.

In this patch we rolled out the ability to play a game of dice in chat, if you’re so inclined. We think the roleplaying crowd will get a kick out of this one. Simply type in “/roll a b” in chat (where A is the lowest number and b is the highest) and you produce an output in local chat where you roll a dice.

We’ve been talking internally about doing an event for Christmas and we’ve also seen several of you talking about it on our forums and the game’s subreddit. We would love to do another event this year, but there needs to be a few more tools in place for future events. For the time being we also want to focus 100% to improving needed outstanding improvements to the core game mechanics.

We don’t want to run the risk of introducing new, overwhelming changes this close to the Christmas break. We learned from our mistakes during the Halloween event. Doing a Christmas event would mean splitting up the team to work on holiday features and improvements and fixes at the same time. We do love events and want to bring you more in the future.

That’s it for now. We’ll see you later!