Hey everyone! Welcome back to the newsletter!

This week we’ll be talking about some of the changes we want to do to creatures, how our new crash reporter is working out (TL;DR: amazingly well), and we’ll be giving you another look at the volcano!

As mentioned last week there’s a new way of reporting bugs on Reddit now. In the header image you’ll find buttons that will take you to bug report threads for PC and Xbox, respectively. This is for us to gather everything in one place so we can more easily track current issues and follow up new ones. Instead of creating a new thread for bugs and issues, please use the threads behind the buttons. We’ll also be launching a survey on Typeform every month, where you guys can vote on the most pressing issues. Once that’s up and running we’ll send out the link in all our channels.

Now onto the newsletter!

Speaking of patches, we rolled out Update 31 a week ago, adding thrall inventories, new placeables and repair kits for weapons. We’re aiming to hotfix the bigger remaining issues with the recent build (crystal harvesting and building snapping, primarily) this week. There’s a blocker that needs to be solved before we can roll it out, but once that’s taken care of it’ll go live.

We patched Xbox on Friday with a stability update that also included a fix for armor dyeing! The console version of Conan Exiles is improving bit by bit and we can’t have made the improvements we have without the help from our community.

Finally, as mentioned last week, work has begun on a parity patch to integrate the recent PC changes into the Xbox version of Conan Exiles. There’s still stability work to be done, but we’ll try to have it out as soon as we can.

Every Friday, the development team meets up to highlight and talk about what they’ve been working on recently: New content and features, bugs that have been fixed, and things to come down the pipeline. So as not to make this newsletter overly long we’re only sticking to the highlights from the teams. Things are still being worked on “behind the scenes”, and we’ll mention these when they’re relevant.

We promised you a new look at the volcano area, and here it is! So as not to blow our load too soon, and to keep you in suspense, we’re doing one screenshot today and one screenshot next week. More shall be revealed later. 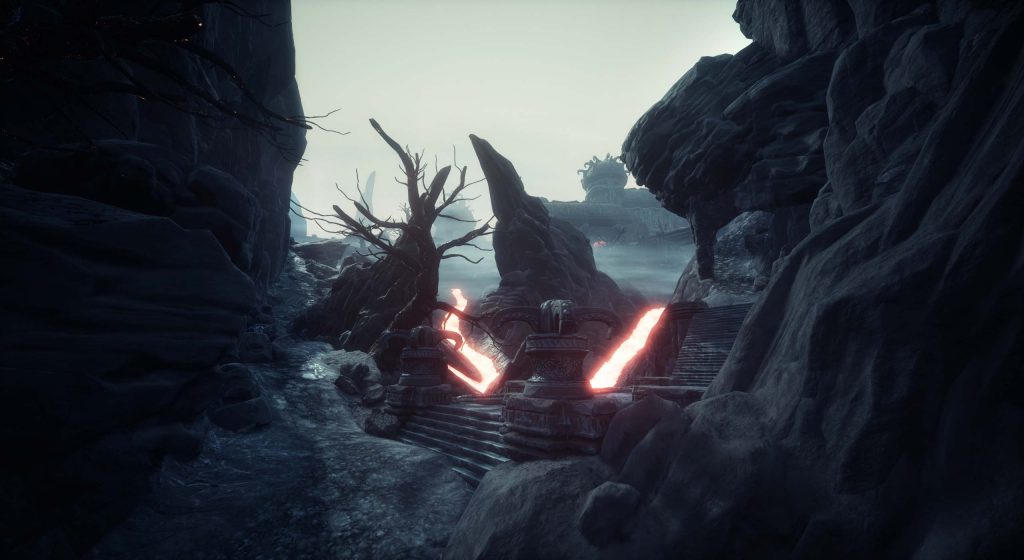 The team has been going through every single creature in the game and thinking of how they can be improved and altered. Could they be animated differently? Could their attacks offer different effects? Should they behave differently or remain how they are? Where should they spawn? Things like that.

They’re also look at potential family behavior. Animals with offspring might respond aggressively when their offspring cries out as they’re being attacked and will come to investigate. Any exile caught killing baby shalebacks might need to think about their escape plan before things get hairy and mama comes running to knock in some skulls.

For now, this all exists as a very optimistic wish list, and needs to be scoped out so the team knows what they’ll be able to achieve as we move closer and closer to launch.

From the art team gif department this week comes an adorable baby rhino. They’ve also been working on a lot of secret stuff that we’re not allowed to talk about just yet.

Tools team (Behind the scenes improvements)

A few weeks back our team rolled out a new crash reporting tool so we could get a better understanding of the cause of client and server crashes. The previous iteration of the tool would just spit out a giant mess of information that you’d need to go through manually in order to find anything of use. It wasn’t exactly the best way to start on crash fixes.

Our new tool, though, is working out great! We’re now getting much more relevant data, we can easily search for specific issues and crash causes, and we have options to sort the data we receive from the tool. This works across the board, for both PC and Xbox, servers and clients. We can now get a handle on things, and fix them, much faster than before. We win, you win, the game wins!

Thank you again for reading!

We’re streaming Conan Exiles this week, so join us on Friday at 5pm CET / 11am EST / 8am PST on twitch.tv/funcom. Unfortunately, Joel can’t make it, but we’ll have lead designer Oscar Lopez Lacalle joining us instead. As there’s no upcoming patch to discuss (yet) we’ll mostly be doing Q&A, so start cooking up those questions right away, and we’ll see you on Monday.