And congratulations on surviving yet another year in the savage and astounding Exiled Lands. While you have matured, acquired new skills and left an everlasting impression on your surroundings, the entire world of Conan Exiles has evolved with you.

Today we mark our second anniversary by taking a closer look at the past year in The Exiled Lands:

Mounts were the most requested feature of them all and they went live on December 5th of last year. Horses can now be captured, trained, mounted and, in true Conan Exiles style, used for combat. Make the ground tremble and your foes shiver, as you charge towards your enemies, spear in hand!

Exactly one year ago The Sunken City and the Sepermeru Silver Mine were made available for only the bravest adventurers. Since then a further two dungeon locations have been revealed. You can now uncover dark secrets in the ancient Wine Cellar and test your strength in the Warmaker’s Sanctuary, both of which contain unique treasures. 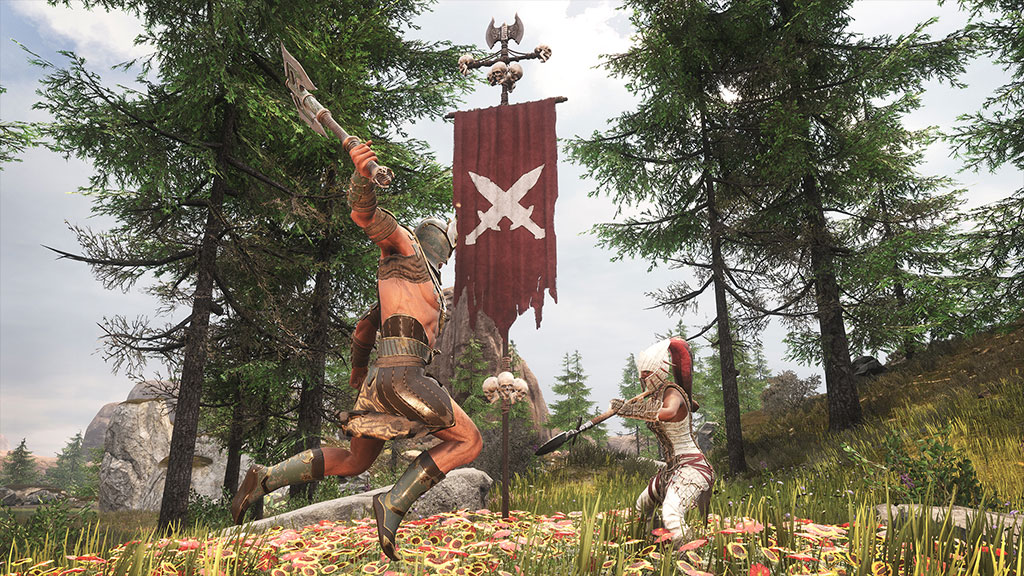 While a number of changes have been made to further improve upon player versus player combat, the most noticeable change is probably that of the Battle Standard, allowing the creation of gladiator arenas, even on PvE servers. Fear not, however, participation is voluntary. 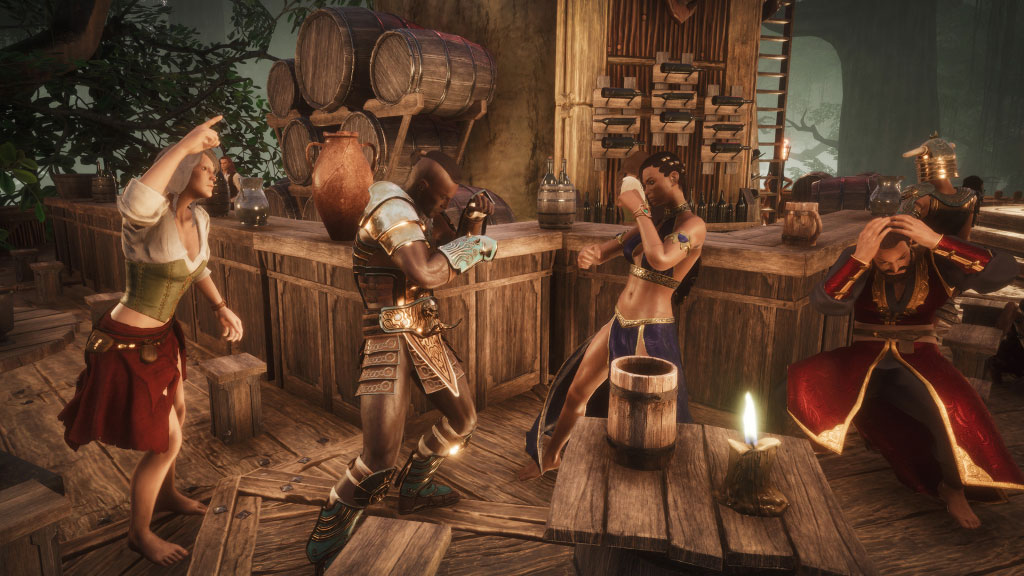 Whether or not you are a roleplayer, emoting at your friends and taunting your enemies is always a delight. Several new emotes have been added, as well as new war paints, outfits, buildings and placeables. 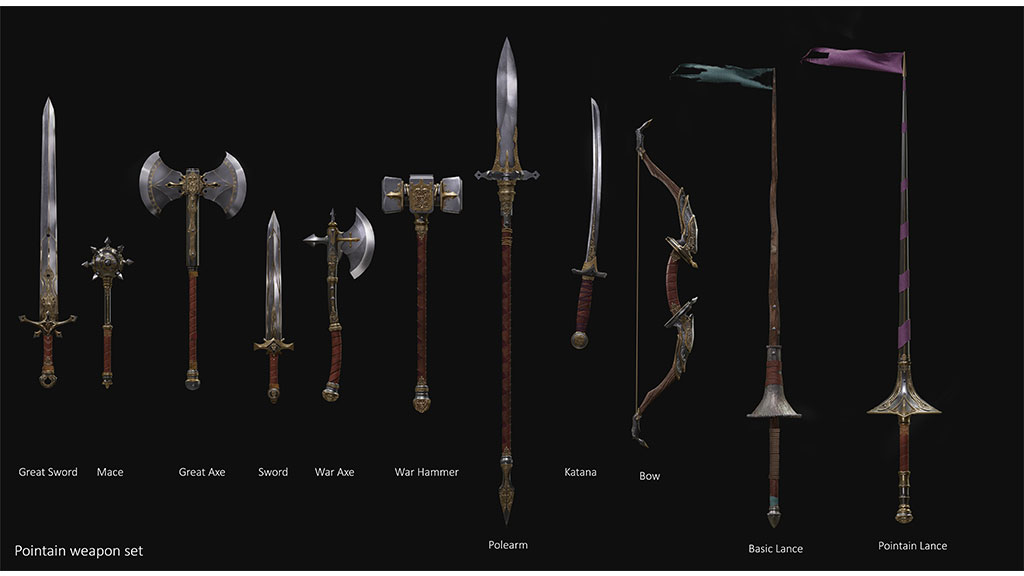 Hundreds of new weapons and armor pieces have found their way into The Exiled Lands, including the savage Great Axe of the North and the chivalrous Poitain Cavalier armor.

Architects of Argos, Riders of Hyboria, Debaucheries of Derketo, Blood and Sand and The Riddle of Steel were all made available during the past 12 months, each with their own theme of new building pieces, placeables, weapons and armor. DLCs do not affect gameplay balance or provide any in-game advantage, but grant you further cosmetic options.

TwitchCon in San Diego in September gave us the opportunity to meet in person with many members of the community. It proved once and for all that Conan Exiles players are the coolest, friendliest and most badass people on Earth. Thank you to everyone who came, who also got an exclusive look at our published title Moons of Madness and upcoming hack ‘n’ slash Conan Chop Chop, and we hope to see you all again as soon as the state of the world permits it! 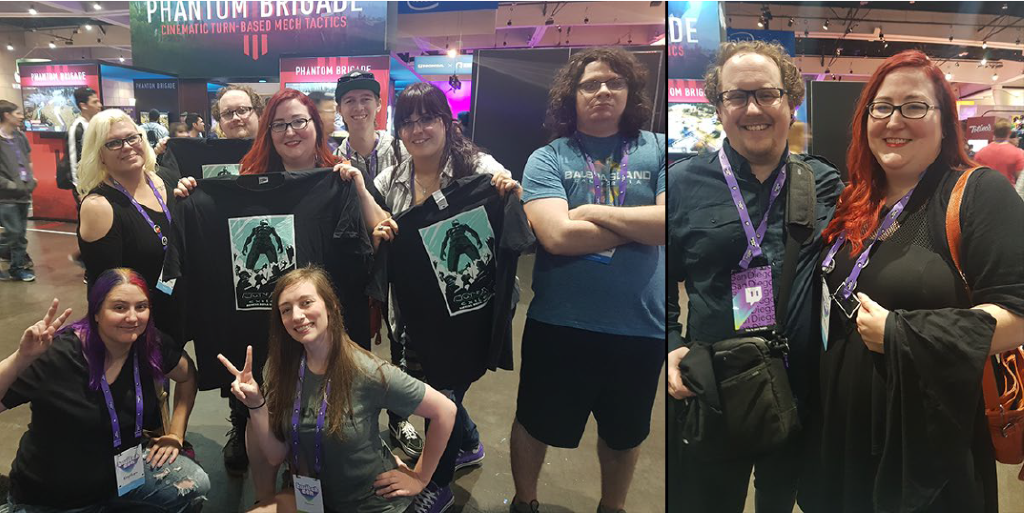 While we’re proud of the work we have put into Conan Exiles over the past 12 months, we wouldn’t be anything without our amazing community. We are constantly blown away by your creativity and contributions. While we want to spotlight more of our modder and content creators going forward, we picked a small range of examples to show case here. Thank you everyone for sharing your creations with us. We appreciate all of you.

First up is “Blast to the Past” a series by Tavern Tales, showcasing the potential of Story Telling and Roleplaying in Conan Exiles. You can check out the first episode right here:

Everyone loves Neebs Gaming and so do we. They have their own Easter Egg in the game which you might have discovered already but did you know they made an official Conan Exiles Song? It’s super catchy!

And we can’t NOT include something about spiders..
https://www.reddit.com/r/ConanExiles/comments/c6yk04/i_have_forgotten_how_spiders_catch_their_prey/

Michele Tosoni, tells use the story from a different perspective for once, namely that of a Shaleback.
We loved that approach.

WHAT’S NEXT FOR CONAN EXILES

The past 12 months have been exciting, but we’re even more thrilled about what comes next. We have several quality of life improvements in the works, as well as additions deriving from the rich Conan lore. We’re looking forward to sharing these plans with you shortly. Till then, have fun in The Exiled Lands and may your enemies forever tremble at your feet!