Everything You Need to Know About Battle Standards

Battle Standards is a new type of placeable that we think a lot of you are going to appreciate. Since Early Access we’ve had players ask us for ways to establish specific areas as PvP zones, specifically so they can set up arenas for dueling and gladiatorial combat on servers not specifically dedicated to PvP.

Battle Standards will do exactly that.

The Battle Standard is a tall, placeable flag with two crossed swords on the front. It’s intention is to establish a PvP “Zone” in an area around it. The intended functionality is to allow players to first build an arena structure and then establish the PvP Zone with the cunning use of a flag. 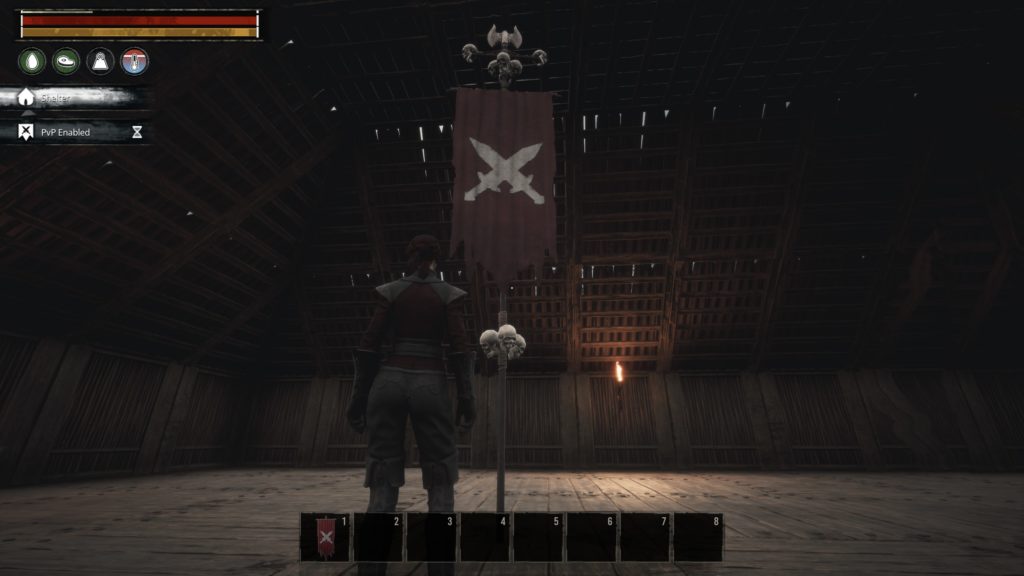 We’ve implemented several additional special functions and rules to the battle standard in order to prevent griefing and exploiting:

In an area around the Battle Standard, PvP is allowed, even outside normal PvP limits. When you enter the area you’ll get a warning message on the screen asking if you want to enable PvP combat. This message will only appear if you’re not eligible for PvP, e.g. if you’re on a PvE server or outside PvP combat hours on a PvP server.

The warning message will give you the option to opt in, opt out, always opt in, or always opt out.

Battle Standard choices will be saved on a per-session basis. Logging out, then back in, will reset whatever choice you made before you logged out.

Dying in the arena doesn’t drop any loot. The exception to this is if the server already has the option to drop loot enabled. Then loot will drop as normal.