Weekly Community Newsletter: All About Them Pets

We hope everyone had a nice July and that the summer heat didn’t get too bad wherever you are. Here in Norway we had a massive heatwave that practically turned the country into our own version of the Exiled Lands!

Although some of us have been on vacation there have also been people at our Oslo office working on fixing bugs and improving the game. The community team has also been active on forums and social media. We’re aware of several important issues that we need to fix after our latest patch and we can assure you that we’re collecting your feedback and working on getting these problems sorted. You can find a tentative schedule for the next two weeks worth of patches on our forums.

We’re also working on adding in new content to the game. This includes the Pet system (more on that later), new dungeons, the Jhebbal Sag religion and Avatar, and combat updates. You already got to see some of this in the previous community newsletter.

Speaking of the Pet system, let’s talk about it:

Today we’re pulling the curtain away to reveal more about the Conan Exiles Pet system, how it works, how you get pets, what your pets can do for you and which animals you can have as pets.

Pets work a little bit like thralls: you capture them, convert them and have them perform certain tasks for you in the game. The main difference is how animals are obtained and the mechanics of pet maintenance. The new Jhebbal Sag religious path will also have a connection to the Pet system. 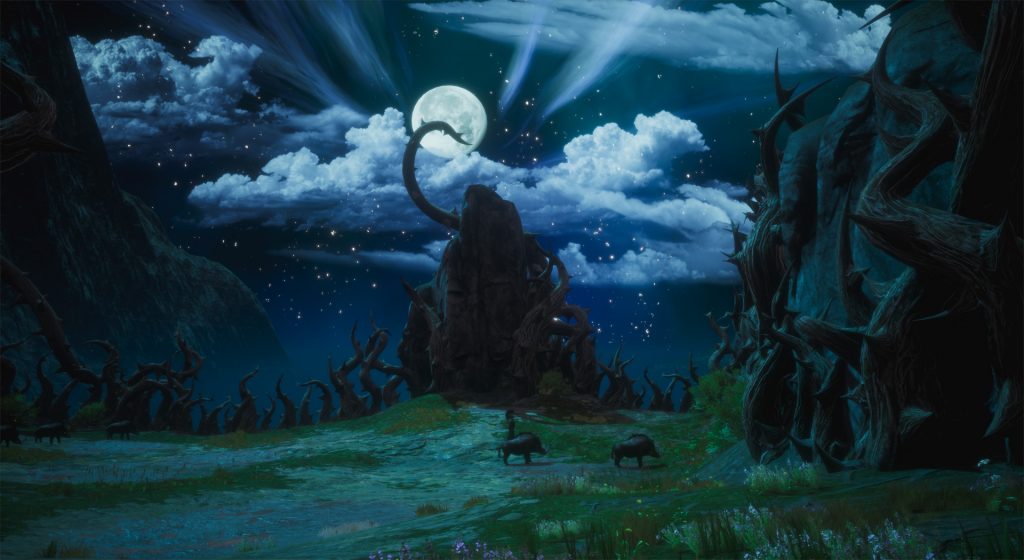 To begin rearing an animal, you will need to obtain a baby or an egg. These can be found in the world, and on certain (rare) vendors. To pick up a baby animal in the world, simply press the interaction button when you have it targeted. Eggs will hatch after a certain amount of time and produce live offspring, which will sit in your inventory.

Baby animals will decay over time, so it’s best to convert them to “proper pets” in the animal pens unless you want to be a total monster and kill baby animals. You’re not a monster, are you?

The following animals are potential pets for players:

To convert a baby animal to a grown pet, you will need to have an animal pen. There are three tiers of pens, unlocked at the Iron, Steel, and Hardened Steel tiers of progression. Each can hold 5 animals, but the higher tier pens can hold higher tier quality animals. 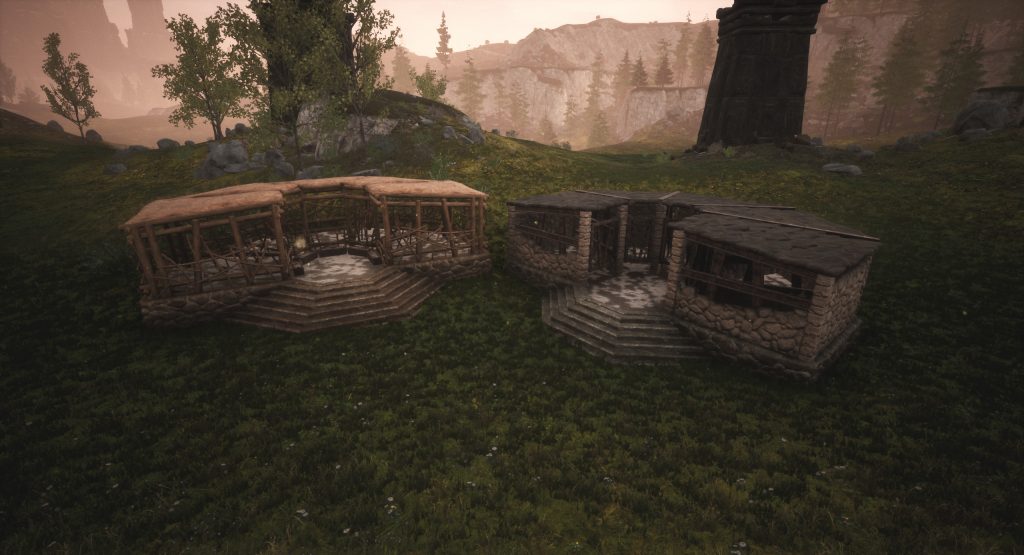 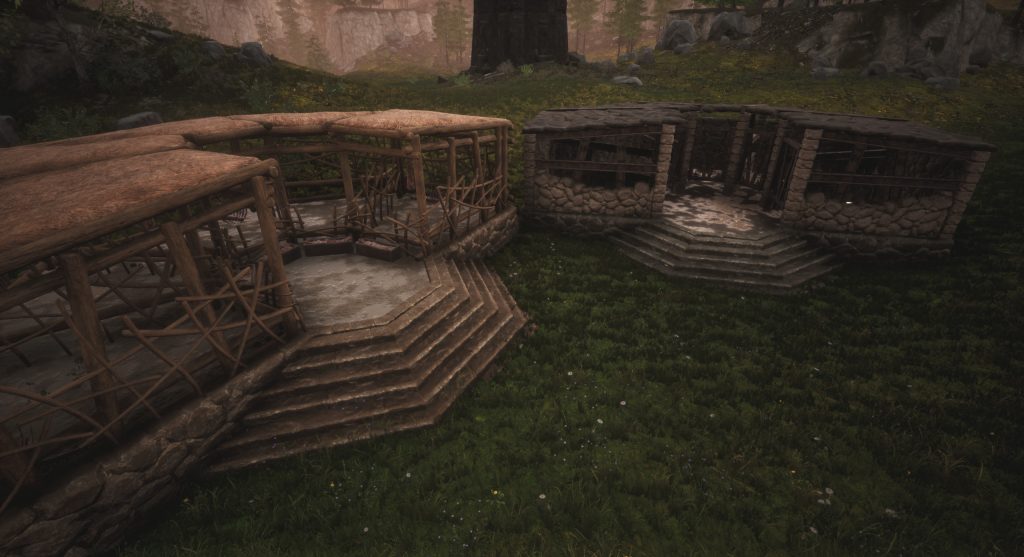 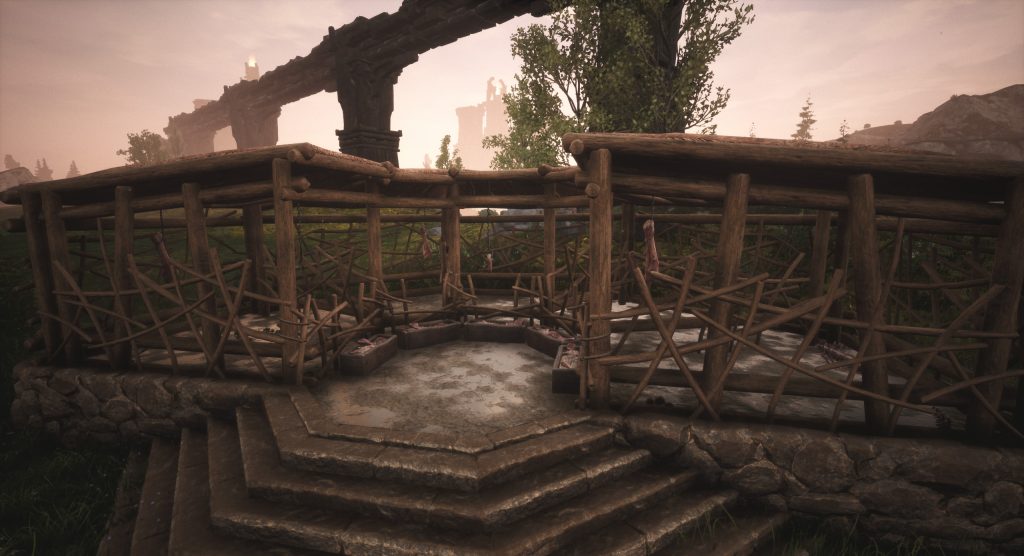 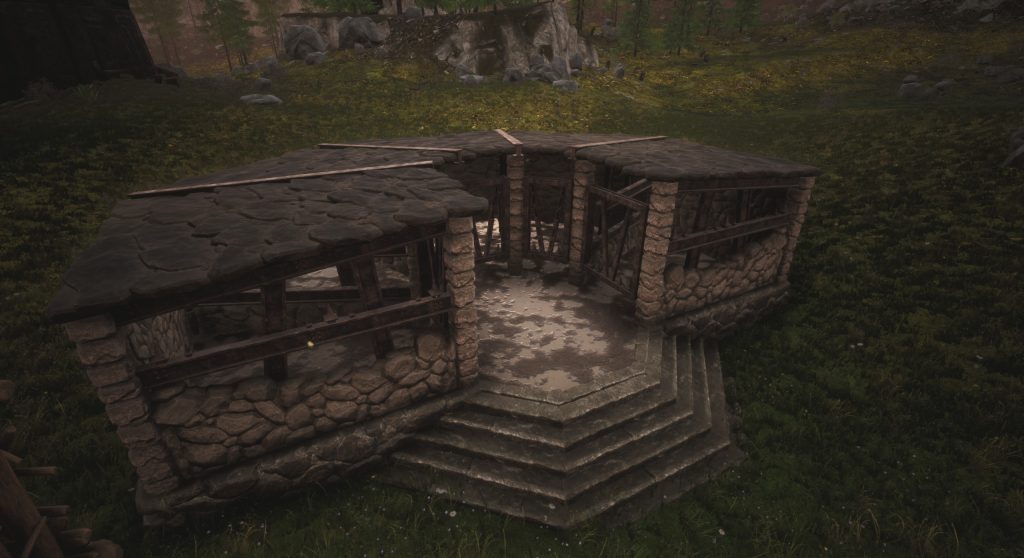 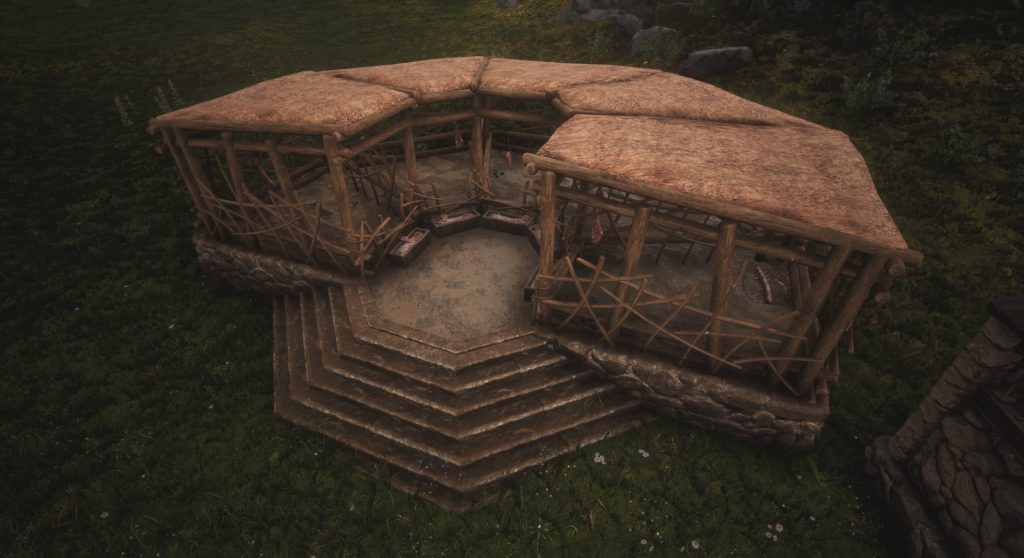 You will also need to feed your animals to convert them. Animals enjoy different types of food (As an example, Kappas enjoy plant-fibers but may much prefer oysters or shellfish). The better/more appropriate food you use to rear your baby animal, the higher the chance of you getting better/unique pets. As an example, a baby hyena can grow up to be a regular hyena, a striped hyena, or a “Greater” hyena.

Some animals share their favorite food, but most do not.

You can use animals in two ways: as combat/companion or by having them in the pen. If you decide to use them as combat or companion pets you simply select them in your inventory and place them out in the world, just like you would a thrall. They will then follow you and attack enemy NPCs and creatures. Some, like camels, are excellent for transporting goods and loot, since they have a higher inventory space than the other pets. Keep in mind that they can’t be used as mounts.

If you keep your pets in their pens, and continue giving them food, they will produce resources. Your animals can produce everything from dung and stone to crystals and other items, depending on what type of animal you’re keeping. Tamed Rocknoses, for example, can be an extra source of Iron Ore.

Another component to pets is that you have to feed them, which you do by putting food into their inventory. There will also be a feeding trough you can use to automatically distribute food to pets.

We’re currently targeting August 16th for a Testlive release of the Pet system, along with new dungeons and new additions to the combat system. We’ll have more to share about these in the next couple of newsletters.

We’re once again doing another community livestream on Friday, August 3rd, at 5pm CEST, on Twitch and Mixer. We’ll be announcing the winners of the fan art and fan fiction competitions and showcasing a few of the runners up.

We want to give a big shoutout and thank you to everyone who participated in June. The community team have been poring over your entries to pick the best one, but it’s been incredibly difficult. We wish we could give the grand prize to all of you!