We hope everyone’s been enjoying the new combat system, which we rolled out on PC Testlive last week. The feedback we have gotten so far has been incredibly helpful with helping us find issues to fix and things to tweak. Please keep the feedback and comments coming. New builds will be rolled out to Testlive with additional fixes.

In the future we’ll also talk about some of the bugs and issues you’ve reported to us from the Testlive build and how we’re fixing them. A lot of it has been improved already. From the current Testlive build to the latest internal development build there are around 300 changes.

There were some freezes on the Testlive servers over the weekend, due a recursive item reference which has now been found and fixed. We also noticed players having trouble finding the servers in the browser. This was fixed and rolled out to Testlive on Tuesday.

Finally, we want to speak to the Xbox audience. We wanted to let you know that we haven’t forgotten you and that we will patch the Xbox version of Conan Exiles. As soon as certification ends, which should be soon, we will be able to roll out the Update 32 parity patch on Xbox One.

The mighty Vanguard are our forward troops in the fight against the bugs and exploits. They also help smooth out gameplay systems and mechanics in need of some extra love and attention. This past week there’s been a big update to the Feats interface, grouping a lot of blueprints together and organizing them based on theme and content. We think this will make navigating the Feats window much easier for players, letting you understand everything at a glance. 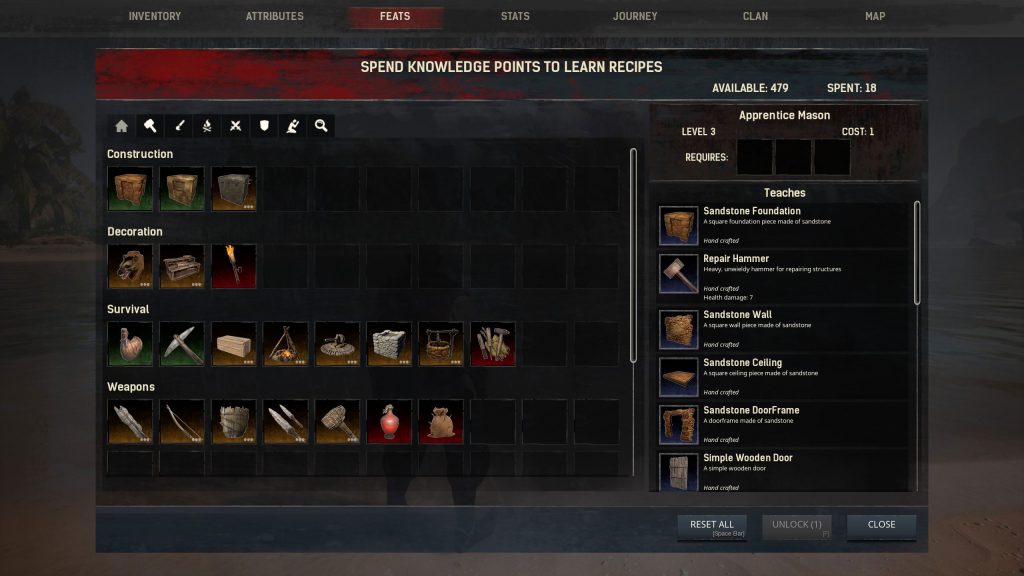 We’re hooking up a post-character creation in-game cinematic to replace the temporary one that’s currently in the game. This will offer up more details in the game’s story, you’ll get to see more of Conan, and we’ve even made a facial rig to give your player character facial expressions in the in-game cinematic.

Finally, the moaning sound that would sometimes play when drinking water has been removed. No more sexy sounds, but we’re leaving the door open for our Audio team to create and add some cool buff sounds.

The Terraformers are working on creating new content while also rebalancing existing content. Following up on the armor and weapons revamps we talked about two weeks ago we had some questions from players asking how this will affect NPC drops. Weapons and armors will still drop as loot from NPCs, and we’ve now also added cultural armors as drops from NPCs belonging to that culture. Meaning you might get Stygian armor from Stygians, Nordheimer armor from Nordheimers, etc.

Speaking of NPCs, populations across the entire game are still being tweaked as part of the content revamp. You’ll be able to experience this very soon on Testlive. If you’ve been playing around with the Testlive build you have already seen some of the effects this has had on NPC and resource placements. You might also have run into the world bosses: bigger, more dangerous versions of regular enemies that stick to certain areas in the map. There are more of them coming, but what they are remains to be seen. 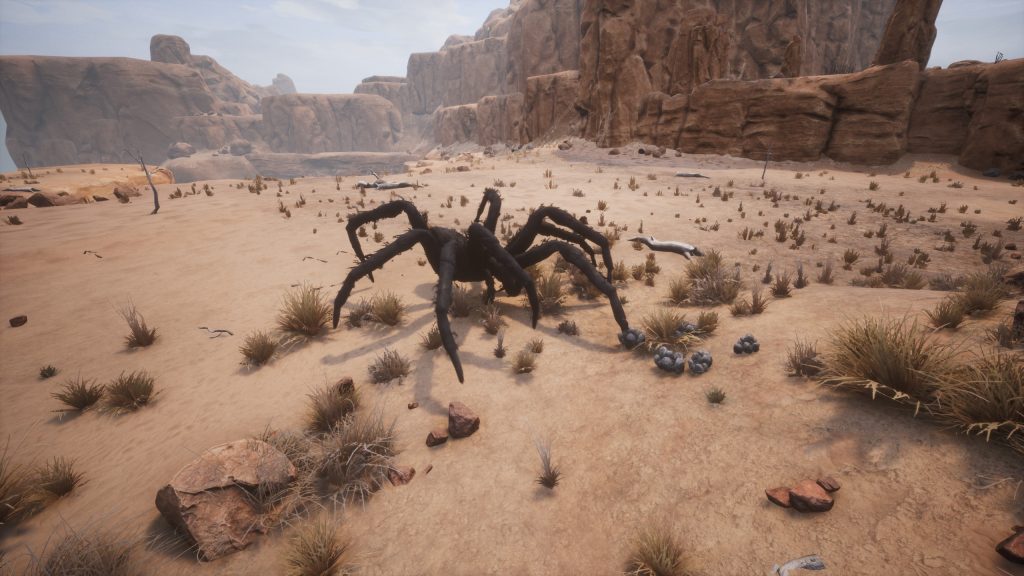 In terms of thralls we’ve also begun working on a new type of thralls that will work as item carriers for players. You’ll find them in camps, just like regular thralls. Once broken they’ll have a much greater inventory space than other thralls, based on their tier level, letting you take a lot of extra stuff with you for when you go out on expeditions! This was another reason to have mounts and we have found an alternative by implementing carrier thralls.

Thralls is a natural part of the game already, so we wanted to expand the system further. We felt that carrier thralls made sense as a way of increasing players’ carrying capacity.

The Monster Hunters have been doing a lot of quality of life work on creatures and monsters. Forward movement’s been improved, attack boxes have been adjusted and animations have been polished to look better.

We’ve also re-implemented additive animations on creatures. That’s what you see in the video above. They were removed when the new AI came in a while back and needed to be re-implemented alongside animations for when animals would turn in place. It resulted in creature animations being a bit stuttery, but now that we have the Monster Hunters team we’re able to re-implement it and smooth it out, so things look better. All animals have additive animations now except the very small ones (rabbits, baby animals, cobras, etc). The new system is improved from before. It allows us to have different additive turning based on the creature’s movement speed.

It is a streaming week again and so we’ll be running another developer stream on Friday. Joel won’t be joining us, so lead designer Oscar will be taking his place. We’ll talk about farming, show some new combat improvements, and bring in someone from the Monster Hunters team to talk about the creature revamp they’ve been doing.

The time and place, as always, are www.twitch.tv/funcom at 5pm CET. We hope you’ll join us!