Salutations fellow travelers and welcome back to the community newsletter!

This past week we’ve been working hard on finishing up the first Pet build, which we plan to release on the Testlive Steam branch before the weekend. We also released a patch with some high priority fixes for the PC version last Thursday and we will continue to hotfix and update the game based on your feedback.

The Xbox One got its parity patch on Tuesdays, which included fixes that should alleviate some of the crash issues players have been experiencing. Post-patch we’ve been made aware of a lag issue connected to the debuff icons on Xbox One and we’re investigating the bug so we can hotfix it.

The PS4 build still requires some more work, but hopefully we’ll be able to roll it out soon. Our initial patch size was deemed too big by Sony to pass certification and so we’re working on reducing the size of the patch.

When we roll out the pet system we’ll also be rolling out new functionality for your thralls. In the same way that pets need to be fed to keep them alive your thralls will also need food to avoid that pesky thing called death. Only thralls and pets that are placed out in the game world will need to be fed. Those in a pen or at a crafting station don’t need to be fed.

You feed pets and thralls by putting food into their inventory, but there will also be special Feed Boxes and Thrall Pots that you can use to distribute food to them automatically. Any food will work as pet food and thrall food. Live animals will produce dung, which is used to create compost for your planters. Thralls won’t produce dung. They don’t poop, somehow.

Even if your pets die you can still make use of them. Placing dead pets inside a Liquid Separator will grind them down into blood, bone and hide resources.

As we’ve mentioned before, Jhebbal Sag and the Midnight Grove has ties to the pet system. Once you are able to travel to the Midnight Grove you can go there to collect Shadebloom, which you use to create Shadespiced foods. These grant you a higher change of getting a rare, Greater, pet when you’re raising them in a pen. 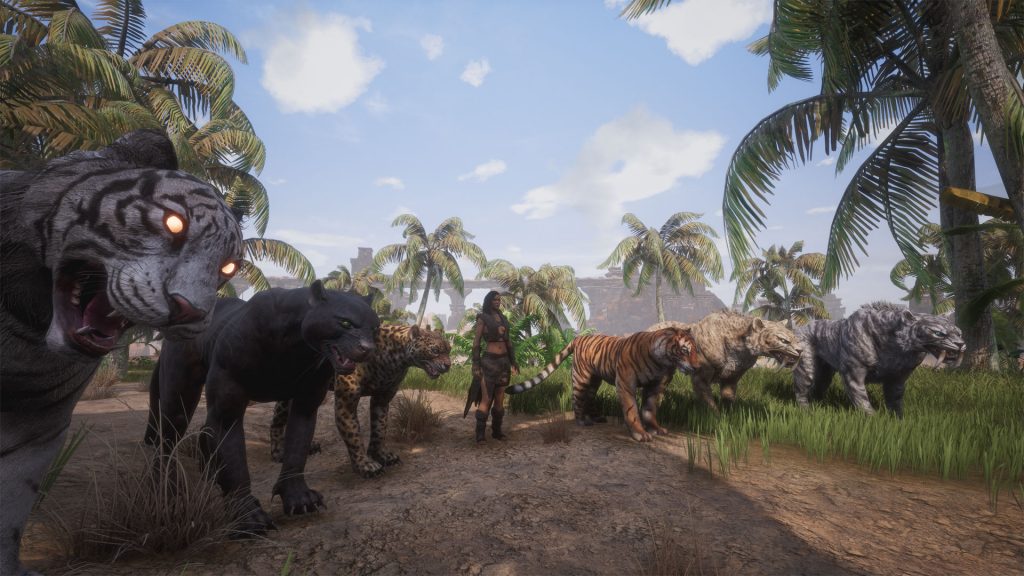 Greater pets are much bigger than regular pets, with a different visual look and increased strength, so it’s wise to stock up on Shadebloom once you have access. If you can withstand the challenges of the Midnight Grove, of course.

The Midnight Grove is also where you learn the Jhebbal Sag religion recipes, letting you craft his religious altars and tools. Followers of Jhebbal Sag can extract blood from their victims and craft lures to attract creatures and monsters. Once you reach the highest level of worship you can craft a special weapon that we think you’ll really love, but you’ll get to see that later. 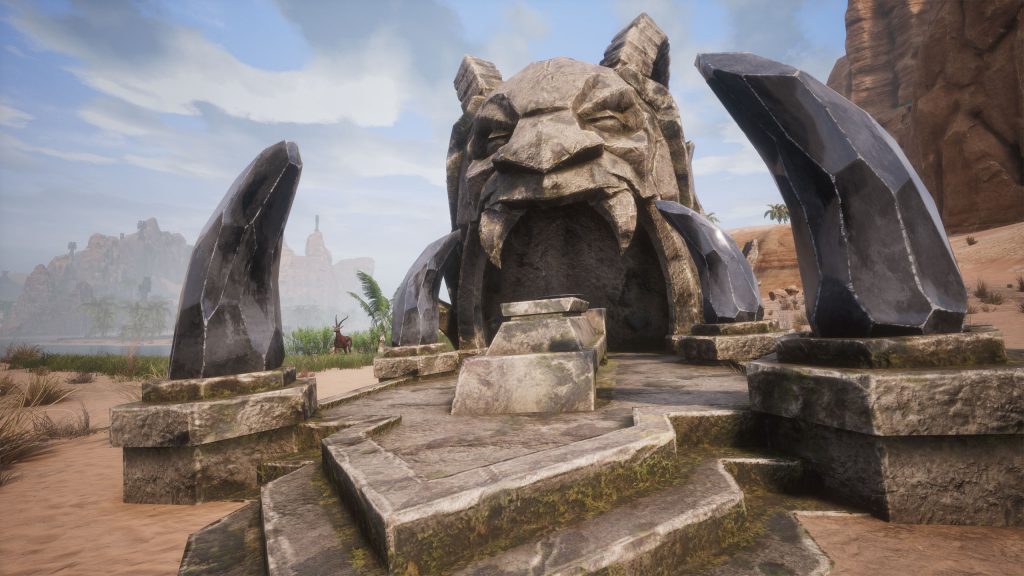 We’re planning on hosting another live stream on Friday (August 17th), same time as always (5pm CEST / 11am EST / 8am PST), over on our Twitch and Mixer channels. If the rollout to Testlive goes as planned, we’ll demo the pet system and you might even catch a glimpse of Jhebbal Sag.

Join us for some fun shenanigans, same Funcom time and place.