Welcome to the first weekly community letter! If you missed our announcement from last week the weekly letter is our way of improving communication with our community, giving you a glimpse into our development process. So let’s get to it!

We’ve released version 66616/13842 to our Testlive branch on Steam. This version includes performance improvements, locking mechanics for chests, crafting fixes, and other quality of life improvements and adjustments.

Feedback has been pouring in and we’we’ve been making changes to the build to ensure that it is stable and thoroughly tested. Assuming that all goes well, we will push this version to the live build this week.

A quick reminder that if you’d like to help us with testing builds earlier, you can do that here.

We’ve received a lot of reports on both Xbox and PC about server crashes and we’ve spent the past few weeks looking at server stability. Some of the crashes have been caused by memory leaks that we have identified (and fixed), others are caused by deliberate attacks on the servers (DDOS) and some are due to unanticipated code interactions. We’re working on fixing all three of these, but in the case of a DDOS we will often switch IP on the server, which in turn can cause it to disappear from your favorites.

If you think your server has mysteriously disappeared due to it not showing in favorites, try searching again!

The tech team are working hard to address all of these issues and we thank you for your continued patience.

We launched Conan Exiles on Xbox One about a month ago, and we’re flattered by the reception of the fanbase so far. We wish to offer our sincerest apologies for some of the problems we had with the launch version, and we hope that people will find the game experience smoother as we move forwards throughout Game Preview.

Since launching on Xbox One we’ve released five patches to improve game and server performance. Improving stability and performance for the console version has been our number one priority for the past month.

This week we did an additional stability and performance patch on Xbox One. Now we’re beginning the process of achieving parity between the PC and Xbox One. We’ll be pushing a number of fixes from PC to Xbox, which should take care of a number of little issues that make the game less fun. This will include the sprint changes we rolled out to PC, additional changes to the User Interface and the bug that prevents Ymir from unlocking at character creation. There are dozens of fixes and you can read about them all here.

In the future, our patch notes for Xbox will also be beefed up and posted to our dev blog to better explain the changes we’re doing. We’ll, of course, post a link to it in the GameHub.

What the team has been doing the past week:

Every Friday, the entire development team meets up to discuss what they’ve been working on recently: New content and features, bugs that have been fixed, and things to come down the pipeline. This information will be distilled into a weekly letter to the community, published at the start of the following week. We will also be addressing major concerns and issues, and share news and updates.

The development team is split into cross professional scrum team that each have their own focus and tasks to complete:

We’re adding a patch notes window to the main menu, letting you more easily access the changelogs from our previous patches. The user interface is getting a revamp across the board, switching out the current system for a carousel based menu (similar to the solution in The Witcher 3). This will make the UI easier to navigate on both PC and console. The Admin panel is being updated so you can more quickly level yourself up, and continue to gain experience points after you’ve set yourself to a certain level.

The Vanguard team have also dealt with a duplication exploit that was found by our QA team and have removed it from the game completely. Remember to report exploits here.

Finally, the Vanguard team has been fixing User Interface bugs on both PC and Xbox.

The Terraformers are making the finishing touches to some new building pieces that will make the building system even more flexible. One of the guys in marketing is already going crazy for it. Some of the new pieces include several different styles of roof pieces, which you can see in the image below. 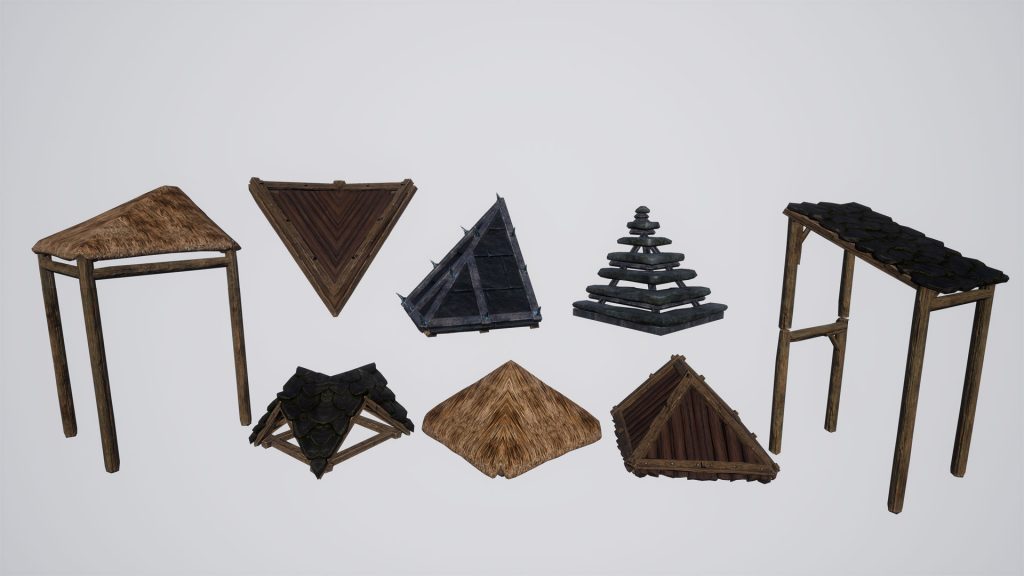 The bulk of the team is focused on a new area of the Exiled Lands and a new, fire themed dungeon. The basic design of the new dungeon is coming together (greyboxing), and another part of the team is creating textures and materials for the new playfield. 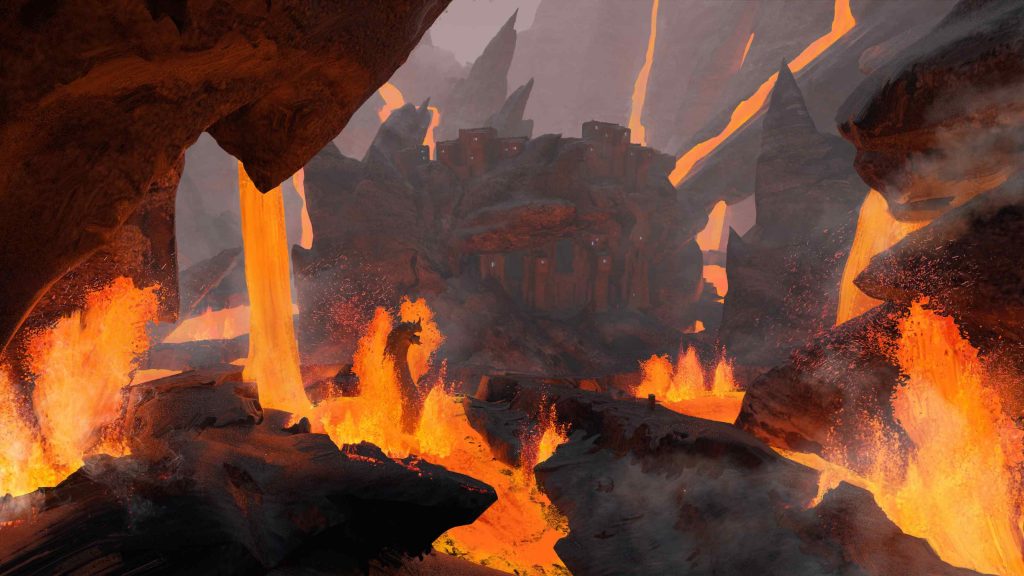 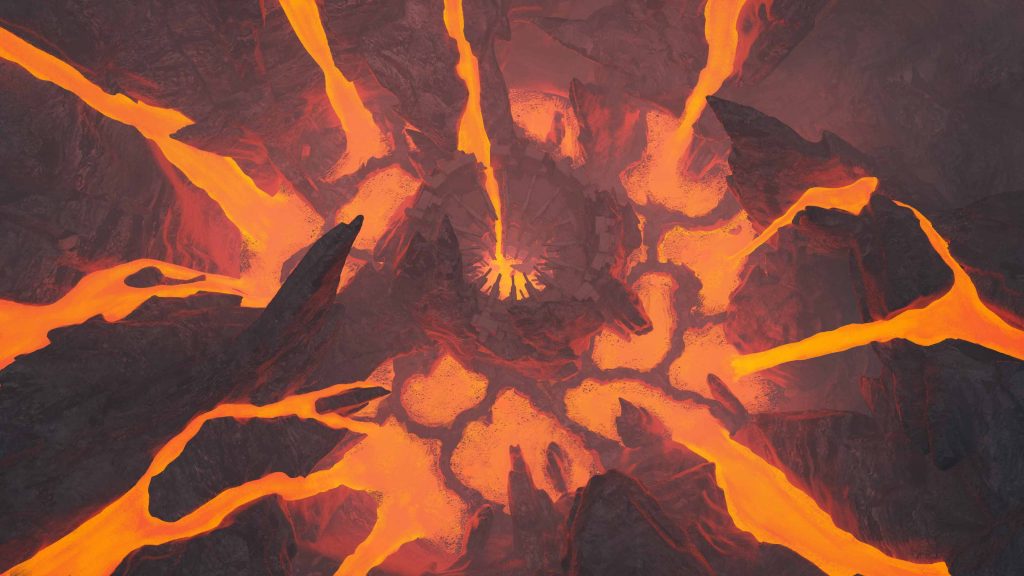 We’ll reveal more about both areas in the future. Watch this space for more information.

In response to the continued requests of the community for improved combat, we’ve been busy working on our complete overhaul to the system.

The combat team have been prototyping different changes we’d like to do. The past week that has included adding and testing attack combos and movement cancelling, attack cancelling and dodge cancelling. There are new chains for the sword and the heavy hammer. We’re extensively testing these combat changes internally.

In response to exploit reports, a part of the Featurama team has been finding and plugging up holes in the terrain. The rest of the team have been implementing server settings for the temperature system, giving server admins more control over which gameplay features are active on their server.

We’re adding new and better versions of the Truncheon and Thrall Bindings items so your thralls will stay unconscious and captured for longer periods of time. Finally, there are improvements coming to the ragdolling system, for added realism.

The animation team has been revamping and improving on creature and character animations to support the changes we’re doing to the combat system. They’ve also been working on a facial rig so characters can emote during dialogue, emotes and cutscenes. There’s been a great amount of focus on optimization across the board, reducing asset costs from tens of thousands of polygons to much more acceptable numbers. This should have an impact on client framerate of the client on both PC and Xbox. We’ve also gone through the same process on destructibles in order to help improve frame rate when you’re destroying building pieces. Because no one wants lag when they’re breaking stuff down.

Our character designers have been concepting designs for Zingaran, Stygian and Zamorian style outfits. And they look incredible! 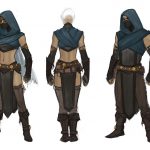 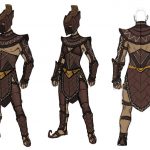 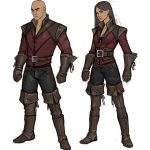 Cultural designs play a large part in the Conan universe and we want you to be able to visualize your character in a dozen different styles. We’ll continue adding new armor types and visuals to the game up until launch.

Tech and systems team (Client and server stability and performance)

The tech team’s main priority recently has been stabilizing the Xbox One version of Conan Exiles. A patch was sent to certification on Friday and we rolled it out on Monday. This patch contained fixes for client freezes and texture pop-in, and some optimizations.

In addition to stabilizing and patching the Xbox One version the tech team has also been working on improving integration of crash reports on Xbox One, as well as changing how the game loads in and streams information from the client and server databases. This should help improve game client performance.

Finally, work has begun on porting Conan Exiles to PlayStation 4. We’ve partnered with Coconut Lizard, who helped us port Exiles to Xbox One. Coconut Lizard is also helping us add voice chat to the Xbox One version, and working on advancing the AI systems for the game.

Thanks again for reading and for your continued support of Conan Exiles. Hopefully this weekly letter will offer a better glimpse into our process as we move the game towards full launch in Q1, 2018. Keep the feedback coming in.